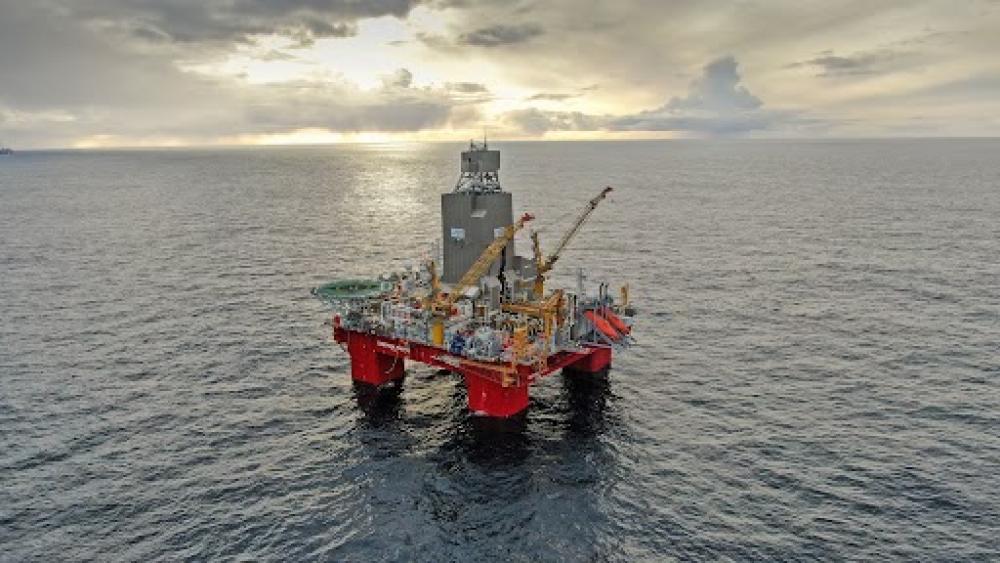 The Deepsea Yantai drilled the Ofelia discovery well. According to the NPD, the Deepsea Yantai will next drill wildcat well 6608/1-1 S in PL 1017 in the Norwegian Sea, where PGNiG Upstream Norway AS is the operator. (Source: Odfjell Drilling)

Neptune Energy and its partners reported a discovery with the Ofelia exploration well in PL 929, 15 km north of the Gjøa field in the Norwegian sector of the North Sea.

According to the Norwegian Petroleum Directorate, the 140-m thick Agat Formation has sandstone layers totaling 80 m with moderate reservoir quality. The oil/water contact was encountered at 2639 m, and the well was drilled to 2,742 m vertical depth and 2,966 m measured depth below sea level, the NPD said. The NPD also said the well was not formation-tested, but extensive data acquisition and sampling were carried out.

The well will be permanently plugged and abandoned, according to the NPD.

Neptune said preliminary estimates are of 16MMboe-39 MMboe of recoverables. Neptune said there is an upside of around 10 MMboe recoverable gas in the shallower Kyrre formation north of the Ofelia well, which raises the total recoverable volume to approximately 26 MMboe-49 MMboe.

Located in 344 m water depth, Neptune and its partners will consider developing Ofelia as a tieback to the Gjøa platform, in parallel with the recent Hamlet discovery.

Ofelia is Neptune’s third discovery in the Agat formation, a reservoir which until recently was not part of established exploration models on the Norwegian Shelf. The first was at Neptune’s operated Duva field, which is now onstream, and the second was Hamlet, which has estimated recoverable volumes between 8MMboe-24 MMboe.

Neptune operates Ofelia with 40% interest on behalf of partners Wintershall Dea with 20%, Pandion Energy with 20%, Aker BP ASA (previously Lundin Energy) with 10% and DNO with 10%.