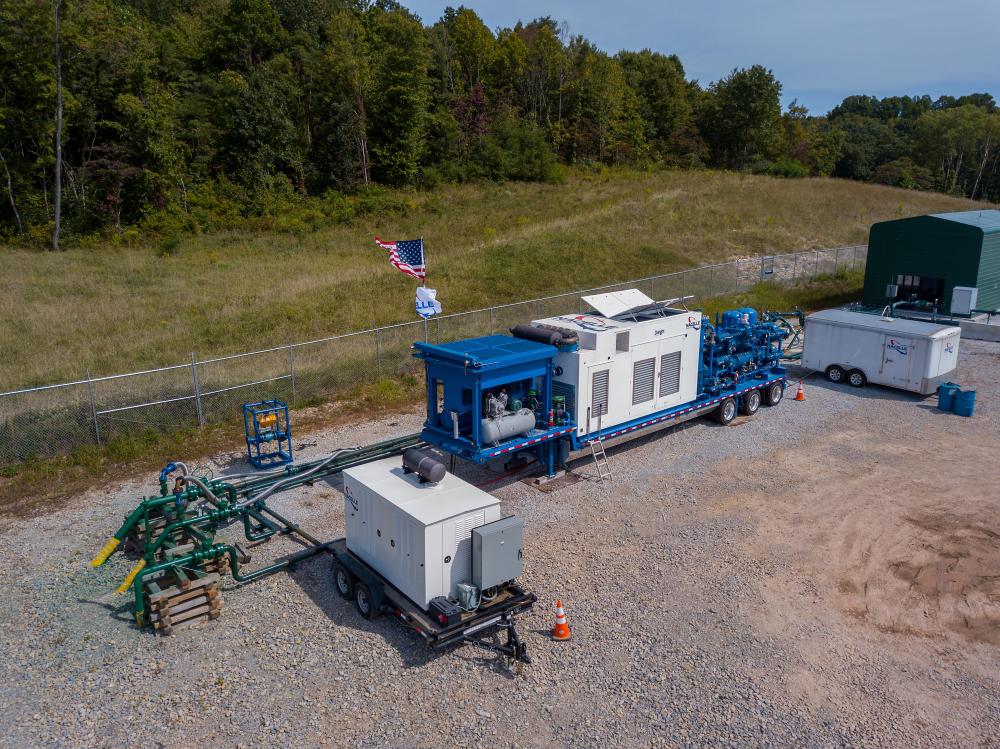 With its relatively small footprint, the mobile field gas conditioning unit can fuel completions operations from the well pad or from an adjacent well pad, as shown here. (Source: Nacelle Solutions)

The increasing popularity of dual-fuel engines for powering drilling and completions operations in the U.S. has led to a reduction of diesel fuel by up to 70%, according to Navigant Research. Not only does the use of field gas make refueling simpler, but it also reduces the number of fuel delivery trucks on the road as well as the need for “hot” fueling and flaring off unwanted gas. However, the biggest benefit of the use of field gas is the cost savings delivered in the form of reduced diesel fuel bills.

A traditional drilling rig, according to Navigant, can require upward of $2.5 million per year in diesel fuel costs. With potential savings like this, along with the other benefits created through its use, the adoption of dual-fuel systems as an alternative to diesel systems is increasing, especially in regard to their use in hydraulic fracturing spreads. Navigant reported that the annual dual-fuel engine revenue in the U.S. is expected to grow to more than $58.1 million by 2024.

For all of the benefits provided by dual fuel, there are a few challenges. For example, availability of existing natural gas gathering lines as well as the compatibility of the field gas Btu and the moisture content with the engine are the primary challenges that have helped create an environment for innovative solutions.

Nacelle Solutions, a West Virginia-based provider of fueling solutions, developed a flexible mobile technology that is contained in a small footprint to condition all forms of field gas for use in engines during drilling and completions operations. This technology, known as Dwight, specifically addresses the issues of high Btu, high moisture content and more in an onsite trailerbased field gas conditioning system.

“We saw operators moving toward wanting to utilize natural gas to displace diesel fuel,” said Gov Graney, co-founder of Nacelle Solutions. “Well economics was one of many reasons for this shift. On a completions site it is not unrealistic for operations to burn through 15,000 gallons of diesel fuel in a day. So, at $2.50 per gallon, you’re looking at $37,500 per day spent on diesel fuel.” 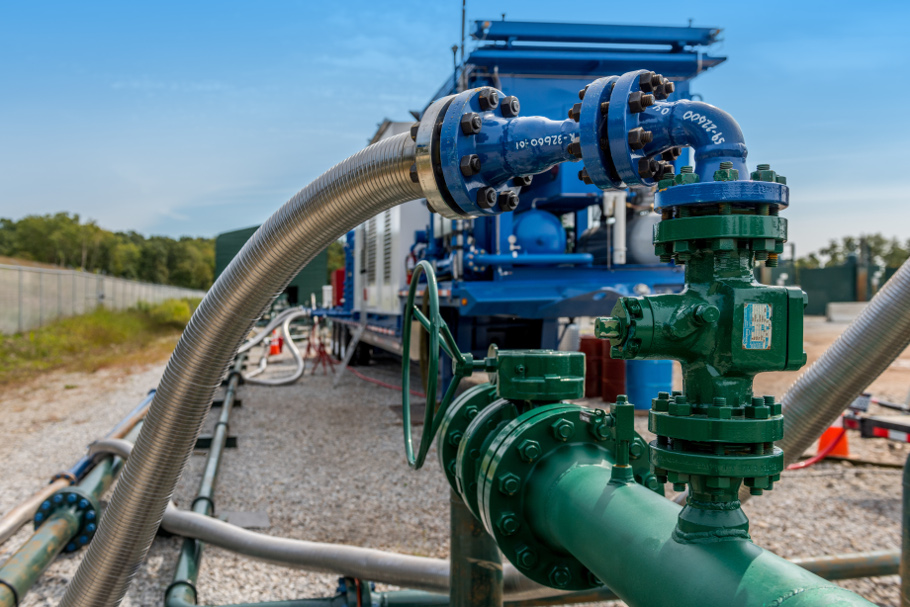 Engine technology has developed to the point where dual-fuel engines are readily available and have been proven to work well with the proper gas specifications, including Btu content below 1,100, according to Graney.

“The challenge for dual-fuel engines came from areas with high Btu and/or moisture content in the gas. To gain the benefits of utilizing field gas, this challenge needed a solution,” he said.

Seeing this as an opportunity to provide a service to an opening market, Nacelle Solutions was founded, and the Dwight mobile field gas conditioning system was developed.

“The Dwight enables a high-Btu source gas to be used as field gas by conditioning the gas stream to a specification that will maximize performance of the engine without damaging it,” he said.

Preplanning ensures that the mobile system is configured to work with the composition of the inlet gas source. The unit is connected to a single source of gas, typically tying directly into the customer’s gathering system. The completely self-contained system is built on a 15-m (48-ft) drop-deck trailer and can be deployed either onsite or on an adjacent pad, according to the company.

“After going through a series of regulators, knockout scrubbers, slug catchers and more, three streams of gas exit the system: one containing conditioned gas to power the equipment, an enriched stream that flows back into the customer’s pipeline and another containing free-standing produced fluids,” Graney said. “Everything stays in gaseous form with the system, [and] there are no natural gas liquids created, so therefore there is no need to store or handle natural gas liquids throughout the process. The system is typically brought in when the Btu content is over 1,100. We have a separate system for handling gas with Btu under 1,100.”

With an estimated 40% reduction in diesel fuel costs, according to the company, the No. 1 benefit is cost savings.

“Another benefit is the reduction in the carbon footprint on each location,” Graney added. “That is due to the reduction of fuel delivery trucks that are coming on the location burning diesel fuel as well as diesel being utilized in the engines there. From a safety standpoint it reduces the amount of hot fueling that is required on site.”

Pennsylvania-based Eclipse Resources worked with Nacelle early on in the development of the Dwight mobile field gas conditioning system. The system was deployed for operations at its Purple Hayes #1 superlateral well drilled in Ohio’s Utica Shale in 2016. According to Oleg Tolmachev, executive vice president and COO of Eclipse, the mobile field conditioning unit solved the challenge of using high-Btu gas and moisture-containing gas to where it becomes usable by dual-fuel engines.

“Specifically, Nacelle’s mobile equipment was the first of its kind at the time when we began utilizing it, and in fact we deployed the first prototype unit,” he said. “Cost savings and financial arrangements with Nacelle are proprietary information, but suffice it to say that these savings are significant, and we have been utilizing this technology in all of our completions operations.” 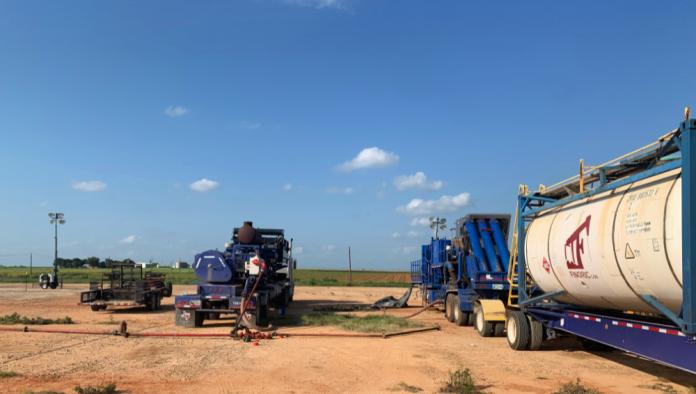 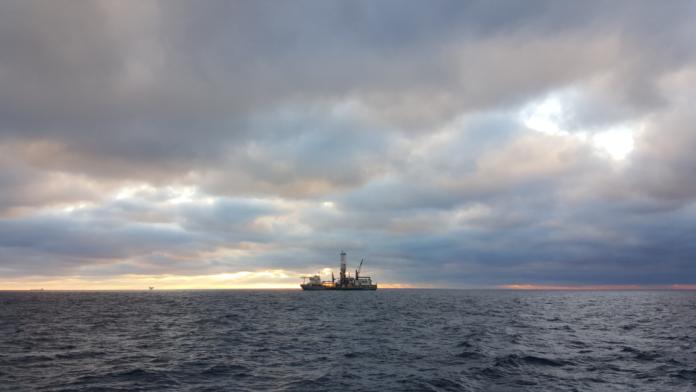