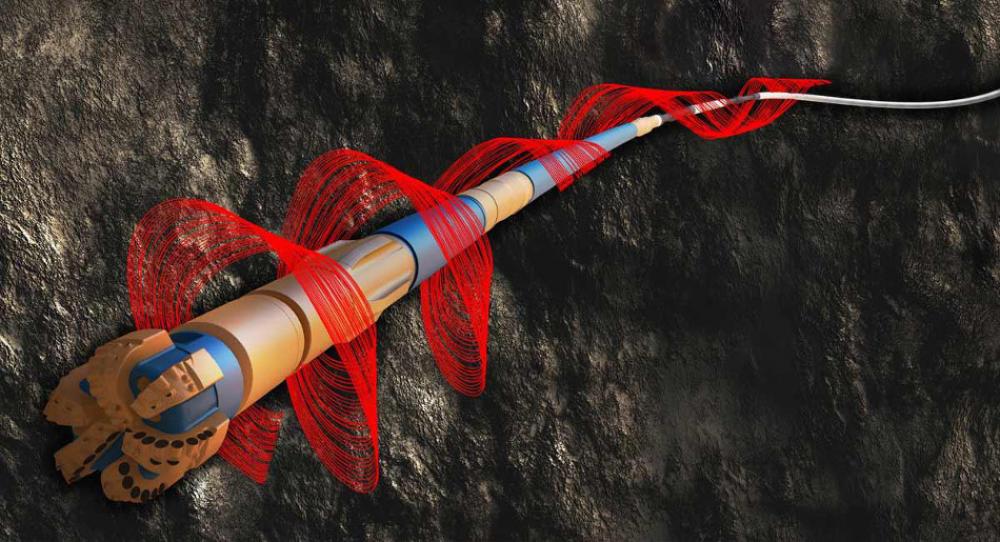 When one hears of the term “factory drilling,” it is difficult to not immediately think of the modern day assembly lines of the automotive industry. As raw materials move from station to station, where aluminum is fabricated into roofs and floorboards while rubber hits the road as tires to the final assembly of all the individual components into a single vehicle, most of that assembly is made possible by automation, robotics and sensors.

The impact of these advanced technologies is visible across a wide variety of industries. But for the oil and gas industry, the transition to automation, robotics and sensors has been a gradual one. It is a transition that is speeding up as demands for more and better data along with improved efficiencies and cost savings increase. In addition to minimizing risk and increasing operator safety, intelligent machines can handle repetitive manual jobs, like those found on the drilling rig floor, with precise and consistent effort.

There are few visible signs of automation and robotics on the “floor” of an unconventional well factory. However, closer inspection reveals that the drilling rig standing tall over one wellhead is simply waiting to go for a walk via remote control to the next well or that the drillpipe being rotated by another rig’s top drive was lifted and loaded into place by automation.

Automation, digital systems and the importance of data to operations were key discussion points in the opening plenary session of the 2017 Society of Petroleum Engineering Annual Technology Conference and Exhibition held in October in San Antonio, Texas.

“It is clear that the oil and gas industry has evolved, and digital is part of that evolution as well. We have a need within the energy ecosystem to drive the productivity and to be able to be competitive at whatever costs,” said plenary panelist Lorenzo Simonelli, chairman, CEO and president of Baker Hughes (NYSE: BHGE), a GE company.

“Digital will enable us to be more productive and enable us to optimize. It is not just about collecting data; now it is doing something meaningful with those data. Historically, only 1% to 2% of the data were actually utilized. Now it’s actually taking those data and making predictions, being able to make analysis, to reduce nonproductive time [NPT], be able to increase actual production and optimization.

“And as you go through the value chain, one of the things that we know within this industry is that historically the oil and gas industry continues to be two to three times more uncompetitive than other industries such as automotive-like industrial. Our opportunity is to take away those inefficiencies by utilizing data, and that’s what we aim to do with the drive toward Big Data: make it huge with our key customers and partner with them to make use of these data.” 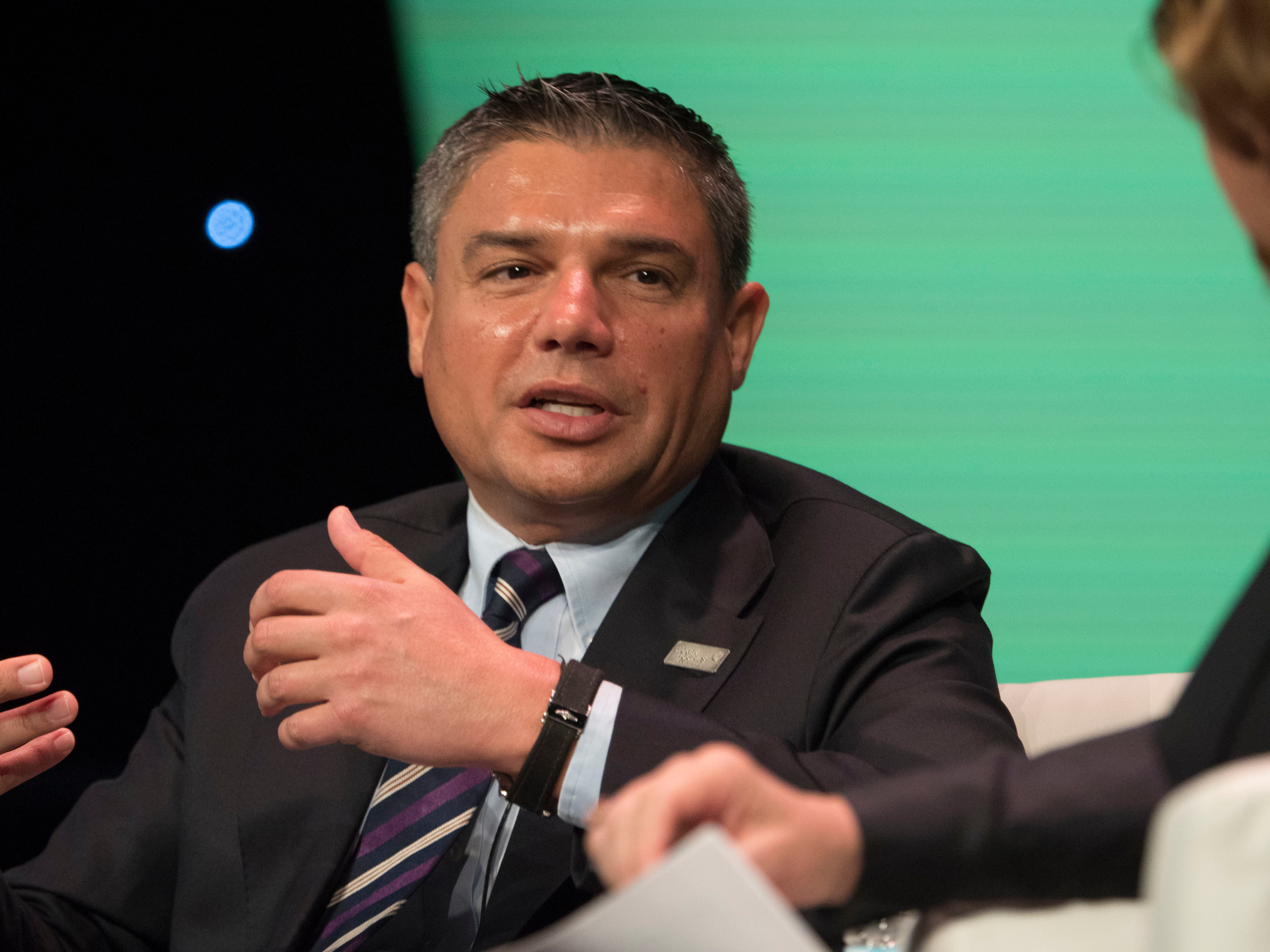 For Devon Energy Corp. (NYSE: DVN), the use of data in its day-to-day operations has generated significant returns and savings. “There is this whole area of machine learning, artificial intelligence [and] Big Data that appears to be the next revolution, but it is one we started with at Devon about five years ago with the very boring—but most important—job of cleaning up the data,” said plenary panelist David Hager, president and CEO of Devon Energy.

“We all have a lot of historical data, and sometimes it’s not in a very usable format. By putting a conscious effort as a company to first get the data and then manage it to ensure consistency and then get it into the hands of the people who might want to use the data, we were able to use it in three areas: the reservoir, drilling and completions, and production monitoring.”

To help better understand the reservoir, the company is using data to build 3-D models of the areas it is currently working in, Hager added. When it comes to production monitoring, the company is able to “manage by exception,” wherein set parameters are monitored so that when one of the key parameters is out of range, an alert to the operator is sent. 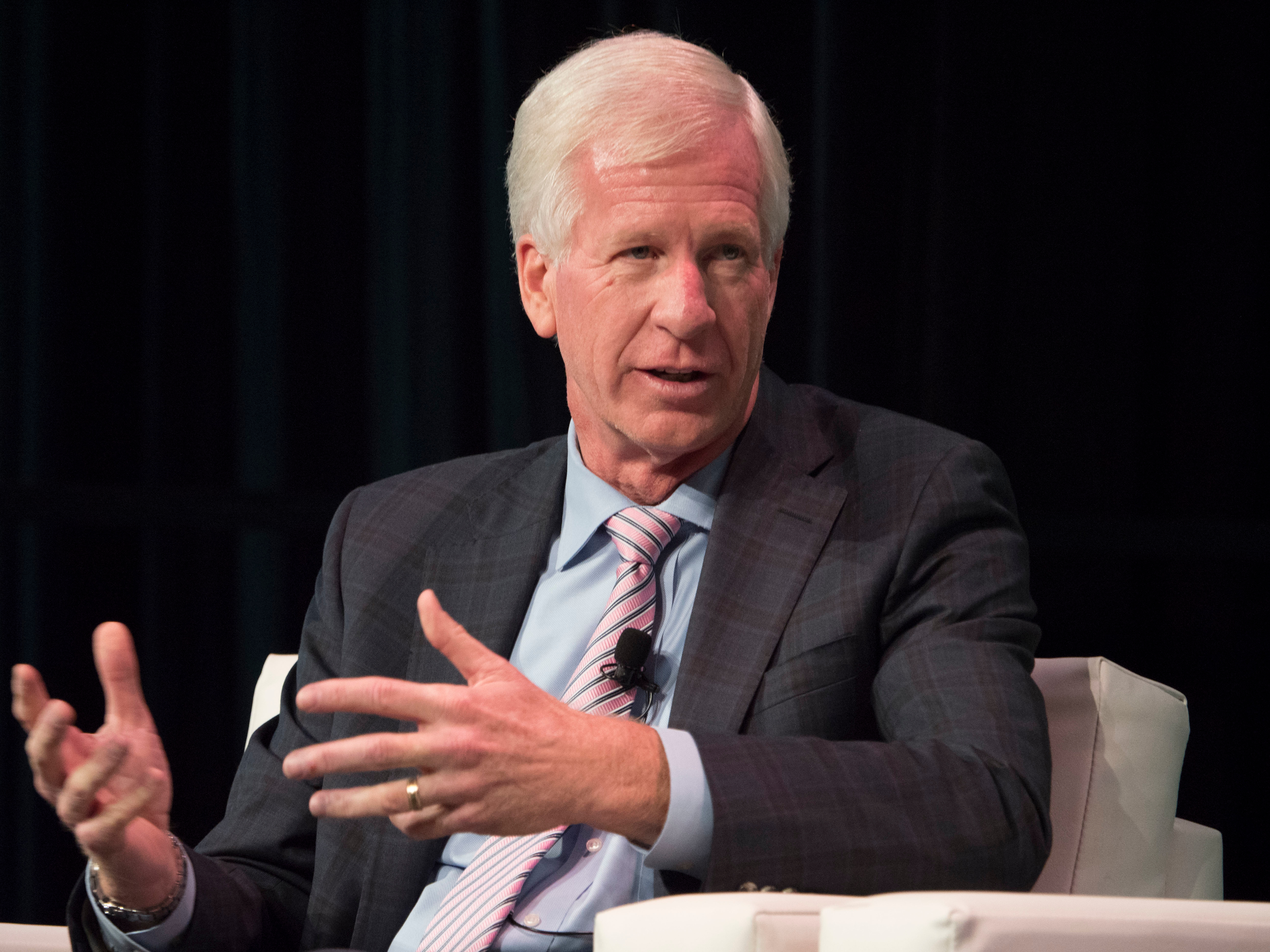 “On the drilling and completions side we have a drilling operations control room that is operational 24/7/365, where we get all the data from the rig floor. It has greatly improved the efficiency of the operations,” he said. “We’re actually using predictive analytics to predict things that are going to happen during the drilling and the completion phase before they know they’re going to happen in the field.

“Bottom line, we are very confident that we have lowered the base decline of our production by 2%. Two percent may not sound like a lot, but for us it’s at least a $100 million per year in benefit we’ve gotten just from SCADA on the wells.”

In September Nabors Industries Ltd. (NYSE: NBR) announced it had purchased Robotic Drilling Systems (RDS). The Stavanger-based company is a provider of automated tubular and tool handling equipment for onshore and offshore drilling markets. RDS also is known for its development of drill floor solutions that use robotic technology for fully unmanned drill floor operations performed on land or offshore platforms.

“We are excited about the experienced and highly skilled employees of RDS joining Nabors and helping to deliver the benefits of next-generation automated drilling solutions to our customers and shareholders,” said Anthony G. Petrello, chairman, president and CEO of Nabors, in a press release. “The inclusion of RDS’s advanced robotic systems and the expertise resident in its highly capable staff accelerates our automation initiatives. We expect the introduction of robotic technology will unlock performance achievements witnessed in other industries.”

In much the same way that monitoring systems automatically alert operators when there are issues with producing wells, new drilling technologies are helping to monitor for and alert the driller to operational issues on the rig floor. Take, for example, the makeup of casing connections.

As longer laterals push the limits of casing connections, so too does the application of too much or too little torque. To help ensure accurate connections during the pipe makeup process, Weatherford International Plc (NYSE: WFT) recently released its AutoTong system, which features the AutoEvaluate connection-makeup software.

The system automates pipe makeup with computercontrolled precision using a speed-control algorithm that continuously monitors torque measurements. Using original equipment manufacturer (OEM) pipe and thread criteria, the AutoTong system initiates the final pipe-makeup process with the push of a button. The system autonomously determines the appropriate connection parameters based on the OEM thread criteria. Providing complete control throughout the final makeup sequence, the system continuously monitors the torque and adjusts the rotational speed as it approaches the optimal torque value, according to the company. 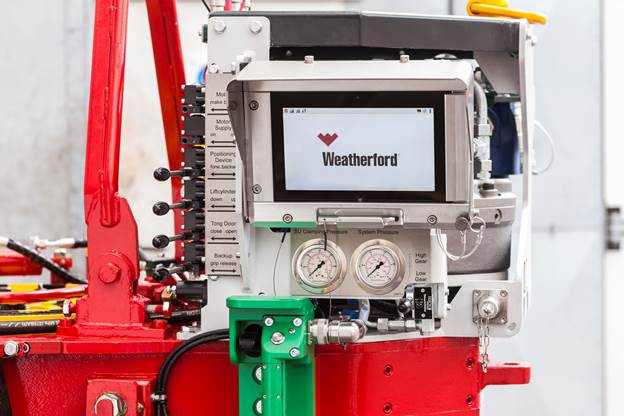 The AutoTong system enhances the quality, consistency and efficiency of tubular connections by automatically making up pipe to the appropriate parameters. (Source: Weatherford International)

The integrated AutoEvaluate software automatically evaluates the connection quality based on high-resolution data and does not require a separate joint makeup analysis unit or related personnel to interpret the data.

“By eliminating the element of human error from the physical makeup and connection validation processes, the AutoTong system sharply increases the safety and efficiency of well construction operations,” the company said.

According to the company, when the AutoEvaluate software detects a nonconforming connection, it displays through the system’s Joint Issue Advisor a window that shows the problem and explains the issue and potential root causes. It also displays recommended corrective actions to resolve the issue. The JAMCloud data storage system houses data from the pipe mill, offline makeup facilities and the wellsite. It provides remote and secure access to historical and real-time data for use in reporting.

The AutoTong system is available for conventional operations using a manual tong with computer-controlled final makeup and graph acceptance. The system will also be available for use with mechanized tongs with remote control capabilities and will automate the entire connection-makeup cycle and graph acceptance. The system is currently in field trials in six locations operating around the world, according to the company.

Data play a role in preventing this challenge with the use of the company’s SoftSpeed II platform that provides the analytics and capabilities required to automatically detect and mitigate these stick/slip oscillations. The platform uses automated vibration dampening to mitigate torsional vibration and reduce stick/slip oscillations during drilling operations. Equipment wear and tear is reduced while also maintaining drilling efficiencies, according to the company. 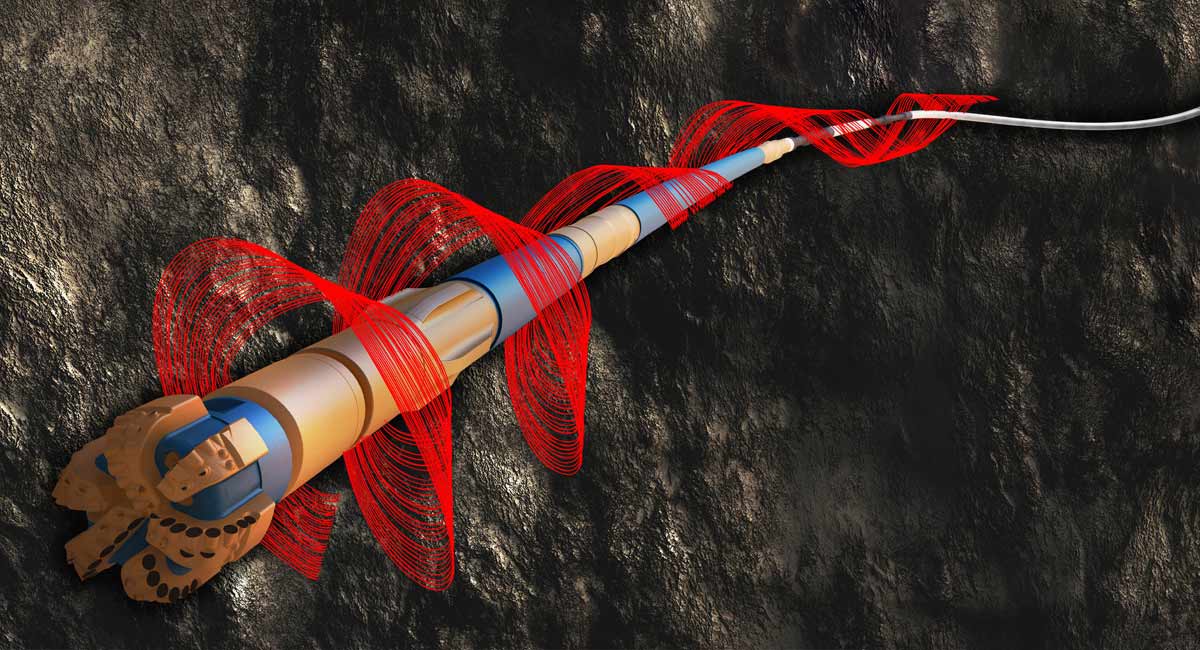 According to a NOV-issued case study, the company had a client operating in the Eagle Ford Shale experiencing downhole vibration so severe that its MWD tools were reporting the highest possible level of stick/slip on index, resulting in poor decoding quality and reduced tool reliability. Using the SoftSpeed II service, the client mitigated the torsional vibration, increased the data quality and significantly reduced NPT. After observing a reduction in NPT of about 45 minutes per 27 m (90 ft) drilled, the client was able to significantly improve the cost-effectiveness of its operation, according to NOV.

As technologies advance and become more sophisticated, so too will the providers of automation, data, sensors and more to find ways to innovate to keep the floor of the drilling factory humming with activity for decades to come.