Colombia
In the VIM 5 Block in Colombia, an appraisal well by Canacol Energy in the Clarinete gas field, #1-Oboe, flowed 736,238 cu. m/d (26 MMcf/d) of gas with no water from the Cienaga de Oro reservoir. According to the company, the flow test was the first of three separate tests planned on gas-bearing reservoir intervals within the reservoir encountered at #1-Oboe. The well was drilled to 2,972 m (9,751 ft) and hit 48 m (157 ft) of net gas pay. The average porosity was 23% within multiple stacked sandstone reservoirs in the primary Tertiary-aged Cienaga de Oro target—the thickest gas pay encountered in Cienaga de Oro at the Clarinete discovery.

Bolivia
Repsol has discovered about 113 Bcm (4 Tcf) of gas reserves in Bolivia’s Caipipendi Block in Chuquisaca Province. According to Repsol, the three new gas fields, Boicobo, Ipaguazu and Boyuy, potentially increase the country’s reserves by 40% and have sufficient gas reserves to fulfill the demand of Bolivia’s main gas exports to Brazil for more than 10 years. The Caipipendi discovery is the latest achievement in Phase 3 of Repsol’s Margarita-Huacaya Project. In May 2015 it made a significant discovery at #1-Huacaya.

Senegal
Appraisal testing results by Cairn Energy were announced for #3-SNE in offshore Senegal’s Sangomar Block. Two drillstem tests were conducted within the upper reservoirs. The first test flowed at a maximum rate of about 5.4 Mbbl/d of oil and a main flow rate of about 4 Mbbl/d from a 15-m (49-ft) zone. An additional 5.5-m (18-ft) zone was tested for a combined maximum rate of about 5.2 Mbbl/d. All tests were conducted on a 56⁄64-in. choke. The test confirms similar reservoir quality and correlation of the principal reservoir units between #1-SNE, #2-SNE and #3-SNE. According to the company, initial indications confirm the same 32-degree-gravity oil quality as seen in #1-SNE and #2-SNE in the Sangomar Block.

Ireland
In the southern part of offshore Ireland’s Porcupine Basin, Europa Oil & Gas Holdings Plc announced that three 3-D seismic mapped prospects indicate a gross mean unrisked prospective resource of 895 MMboe in license area LO 16/2. In the area of interest the company has identified three new prerift prospects that have been proven successful in offshore Newfoundland’s Flemish Pass Basin. In addition, 1.5 Bboe of gross mean unrisked prospective resources were identified across three Cretaceous prospects on FEL 3/13, and 595 Mboe of gross mean unrisked prospective resources were identified across four prospects on FEL 2/13. Additional technical evaluation is planned, some government approvals have been awarded and license applications are being reviewed. The LO 16/2 comprises blocks 54/3 and 54/8 and covers about 522 sq km (201.5 sq miles), adjoining the eastern boundary of FEL 3/13.

UK
UK Oil & Gas Investments (UKOG) announced more results from exploration at #1-Horse Hill in PEDL137 in the Weald Basin in Sussex, England. About 900 bbl/d of 40-degree-gravity oil has flowed freely at a stabilized rate from a 27-m (88-ft) aggregate perforated zone within the Upper Kimmeridge Limestone interval at a depth of about 840 m (2,756 ft). It was tested on a 1-in. choke and initially flowed 700 bbl/d. The company is planning to test a shallower Portland Sandstone zone at about 615 m (2,018 ft). Additional testing is planned in the Lower Kimmeridge Limestone zone, and an appraisal well also is planned. UKOG owns a 65% participating interest with partners Magellan Petroleum Corp., 35%, as well as the adjacent License PEDL246 in the Weald Basin.

Egypt
Eni announced a new gas discovery at the Nooros East exploration project in Egypt’s Abu Madi West license. The #1X Nidoco North is in the Nile Delta. The well was drilled from an onshore rig as a deviated well to the Nooros East Field in the offshore waters. The well encountered more than 43 m (141 ft) of net gas- and condensates-bearing sandstone layers of Messinian age. Additional testing and two more exploratory wells are planned. Eni holds a 75% stake in the Abu Madi West concession in partnership with BP, which holds the remaining 25%.

Egypt
The first appraisal well at the Zohr discovery, #2X Zohr, was completed by Eni in the Shorouk Block in Egypt. The #2X Zohr is 1.5 km (.93 miles) southeast of #1X Zohr and downdip on the flank of the Zohr structure. Water depth is 1,463 m (4,800 ft). The appraisal was drilled to 4,171 m (13,684 ft) and hit 355 m (1,164 ft) of a continuous hydrocarbon column in a carbonate sequence with excellent reservoir characteristics: 305 m (1,000 ft) of net pay. The formation evaluation program confirmed the same gas-water contact, and connection with the discovery well indicates Zohr as a single and continuous gas reservoir. Three additional delineation wells are planned for the field. Eni holds 100% of the contractor’s working interest in the Shorouk Block and is the operator of the concession.

Tanzania
Dodsal Group announced an onshore gas discovery in Tanzania’s Ruvu Block, located about 30 km (19 miles) west of Dar es Salaam. The current estimated size of the resource is 6.1 Tcm (217 Tcf) of gas. The company has drilled three prior wells at #1-Mbuyu, #1-Mtini and #3-Mambokofi in the exploration area in Coast Region. Additional exploration is ongoing in the Ruvu Block. Dodsal owns 100% interest and operatorship of the Ruvu Block.

Myanmar
A deepwater gas discovery was announced in offshore Myanmar’s Block A-6 in the Bay of Bengal’s Rakhine Basin by Woodside Petroleum. Exploration well #1-Shwe Yee Htun is in 2,030 m (6,660 ft) of water. It was drilled to 5,306 m (17,408 ft) and intersected a gross gas column of about 129 m (423 ft) and about 15 m (49 ft) of net gas pay within the primary target interval, which was confi rmed by pressure measurements and gas sampling. Additional data evaluation and testing is underway. The exploratory well targeted one of many identifi ed channel complexes that run over the large Saung anticlinal feature. Operator Woodside owns 40% interest along with partners MPRL E&P holding 20% and Total with the remaining 40% interest.

Australia
Carnarvon Petroleum Ltd. announced results of the estimated contingent and prospective resources at its #1-Roc discovery in Western Australia’s Block WA-437-P. The discovery well confirmed up to 10.5 Bcm (372 Bcf) of gas and 18 MMbbl of condensate recoverable (gross 3C contingent resource). Additional prospective resources have been estimated at 9.2 Bcm (328 Bcf) of gas and 16 MMbbl of condensate recoverable (gross high estimate prospective resource). The preliminary minimum economic fi eld size as estimated by Carnarvon is about 9.2 Bcm (325 Bcf) and 17 MMbbl of condensate (gross). An appraisal well, #2-Roc, is planned to confi rm higher volumes, and it will be about 5 km to 6 km (3.1 miles to 3.7 miles) east of #1-Roc. Carnarvon (20%) is the block operator, and partners include Quadrant Energy (40%), which purchased Block WA-437-P rights from Apache Corp.; JX Nippon (20%); and Finder Exploration (20%). 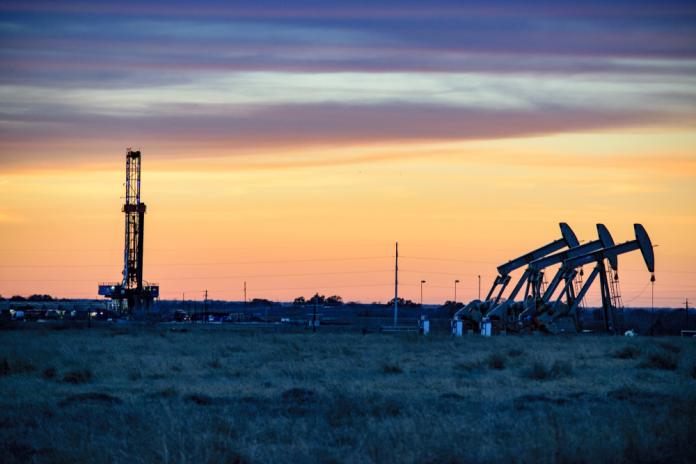