AFRICA
PSC for offshore Equatorial Guinea ratified
The Republic of Equatorial Guinea’s government ratified a production-sharing contract (PSC) with Exxon Mobil Corp. for offshore Block EG-06, the ministry of mines, industry and energy said. Exxon Mobil Exploration and Production Equatorial Guinea (Offshore) Ltd. signed the contract with the government and GEPetrol. Block EG-06 is offshore Bioko Island, immediately north of Block R (operated by Ophir Energy) and next to the border with Nigeria. Exxon Mobil will acquire 750 sq km (290 sq miles) of new 3-D seismic data and drill at least two wells during the five-year exploration period as part of minimum work obligations under the PSC.

Statoil finds more gas offshore Tanzania
Statoil has made another natural gas discovery in Block 2 offshore Tanzania, boosting volumes by 28.5 Bcm to 51.3 Bcm (1.0 Tcf to 1.8 Tcf) of gas in place. The Mdalasini-1 discovery, made in Tertiary and Cretaceous sandstones, is located at a 2,296-m (7,533-ft) water depth at the southernmost edge of Block 2. The discovery brings the total discovered gas volumes in Block 2 to about 623 Bcm (22 Tcf). Statoil operates the license on Block 2 on behalf of Tanzania Petroleum Development Corp. and has a 65% working interest. The company believes more discoveries can be made in the area but said it will now concentrate on appraising one of its previous seven discoveries.

Mubadala Petroleum will explore offshore Morocco
Mubadala Petroleum has agreed with the Moroccan government to evaluate the hydrocarbon potential of a large area off Morocco's Mediterranean coast. The company, a subsidiary of Abu Dhabi state-owned fund Mubadala Development Co., obtained an exclusive license to carry out a detailed geological survey of the Méditerranée Ouest area, which comprises 3,433 sq km (1,325 sq miles). Mubadala Petroleum will provide the Moroccan government with the results of the survey on completion.

Santos hits oil in Malaysia
Santos is hopeful of a long-term future in Malaysia after the company and its partner JX Nippon made a significant oil discovery in a deepwater exploration well. The discovery was made at the Bestari-1 exploration well in the deepwater Block R production-sharing contract and is being evaluated with the idea of planning an appraisal campaign. The Bestari-1 well encountered 67 m (220 ft) of net oil pay in multiple sand packages within the primary Miocene age formation at true vertical subsea depths ranging from 1,860 m to 2,702 m (6,102 ft to 8,865 ft).

Government affirms Chukchi Sea lease sale
The U.S. Department of the Interior affirmed Chukchi Sea Outer Continental Shelf oil and gas lease sale 193 after environmental analysis and public input. Remaining oil and gas leases issued in 2008 as a result of the sale were also affirmed through the record of decision. The Bureau of Ocean Energy Management and other federal agencies will review and approve activities before exploration begins.Canada’s New Brunswick votes to ban fracking Lawmakers in New Brunswick voted on Thursday to prohibit fracking in the eastern Canadian province, committing to study the method of extracting oil and gas for one year before reconsidering the ban in 2016. The province government said it will require five conditions be met before the moratorium is lifted. These include beefed-up environmental and health regulations, a plan for wastewater disposal, consultations with aboriginal groups, a royalty structure and the establishment of a social license. The province is the latest of several in eastern Canada, including Quebec, Labrador and Newfoundland, and Nova Scotia, to stop companies from fracking while they study its impact.

Companies working with Petrobras report difficulties
Saipem SpA is one of at least five European companies that mentioned late payments, delivery delays or other difficulties working with Petrobras in Brazil during fourth-quarter earnings calls. While day-to-day operations are functioning, Petrobras partners also are facing decision-making obstacles that are inhibiting planning, said officials with partners Galp Energia SGPS SA, BG Group Plc and Repsol SA. It’s a stark reversal from five years ago, when a wave of European and U.S. oil service companies eagerly flocked to Brazil to build plants and set up offices. Today Petrobras is slashing spending as oil prices plunge, and it’s all but locked out of credit markets because of a sweeping corruption scandal.

Premier, partners strike oil, gas at Zebedee
The Zebedee well (14/15b-5) in PL004b discovered 25 m (81 ft) of net oil-bearing reservoir and 17 m (55 ft) of net gas-bearing reservoir in the Falkland Islands. Premier has 36% equity in Zebedee, Falklands Oil & Gas has 40% and Rockhopper has 24%. The well penetrated multiple targets in the Cretaceous F2 and F3 formations with a total hydrocarbon net pay of 41 m (136 ft). The pay is primarily located within two F2 sands: the Hector sand, which contains 17 m (55 ft) of net gas pay, and the Zebedee sand, which contains 24 m (79 ft) of net oil pay. The reservoir at both the Hector and Zebedee intervals is of good quality.

Statoil plans four oil wells in Russia
Statoil ASA plans to drill four wells in Russia with state oil company OAO Rosneft, showing Statoil is deepening its involvement in the country against the backdrop of international sanctions. Statoil plans to drill two wells at a heavy oil pilot project in western Siberia this year and two offshore wells in the Sea of Okhotsk in 2016, said spokesman Knut Rostad. While Statoil believes the proposals lie outside the scope of sanctions, the plans are an example of how western oil companies are forging ahead with projects even as the political atmosphere shows little sign of improving. 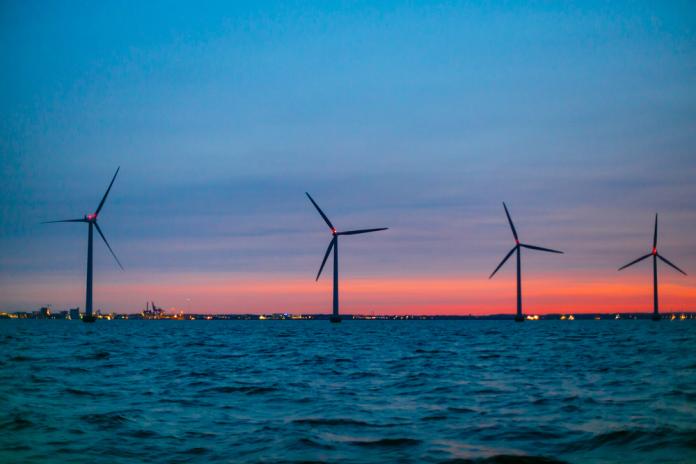 Eversource has agreed to purchase from Ørsted interest in some East Coast offshore wind farm projects, becoming a 50-50 partner.

Project will include some of the tallest wind turbines in U.S. – increasing wind energy production.