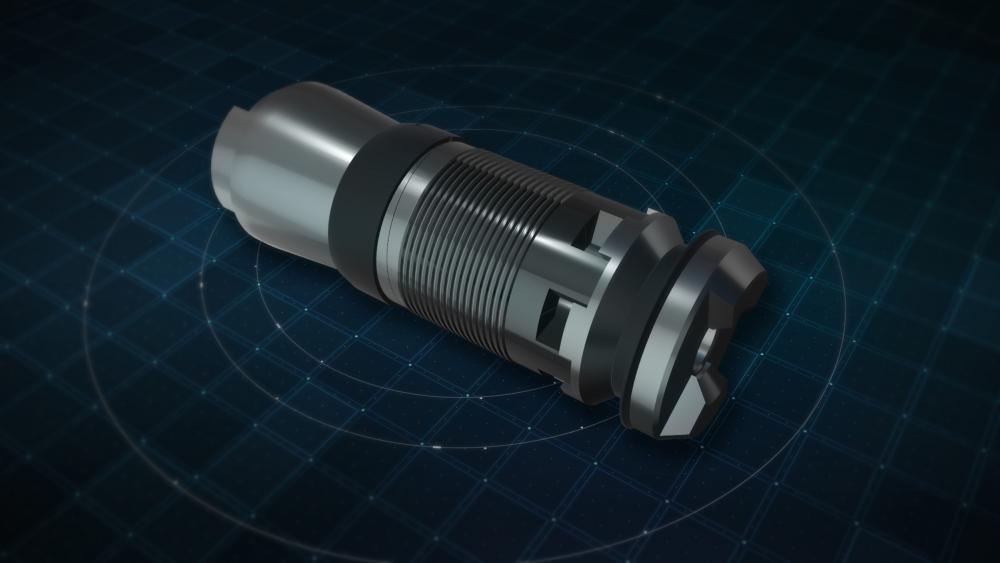 In many unconventional plays across North America, the frantic pace of drilling operations at the beginning of the shale boom brought with it widespread use of multizone plug and perf (PNP) as the completion method of choice. By some industry estimates, 80% or more of hydraulically fractured wells are completed via PNP, thanks to the greater flexibility the technique affords in designing stimulation jobs.

But in today’s highly cost-conscious environment, getting to first oil as efficiently as possible is critical to any shale operation’s bottom line. While PNP provides cost savings to a well’s completion design over options like permanently installed sliding sleeves, operators continue looking for new ways to further optimize well completions.

Addressing the inherent design challenges with traditional composite frac plugs is a good place to start. Conventional plugs are composed of hard, dense components that are difficult to mill out and create large chunks of heavy debris that do not easily circulate to surface. The length of traditional plugs also increases the amount of material that must be milled out and circulated across multiple zones. In wells containing 50 or more frac plugs in a lateral that is 1.6 km (1 mile) or more in length, the mill-out process can quickly become lengthy and costly.

A lightweight alternative
Built from an engineered alloy that is 70% lighter than conventional plug slip material, the MILLITE frac plug from Baker Hughes, a GE company (BHGE), was designed to help cut completion costs and reduce time to production. The new plug incorporates design and material features specifically aimed at improving the speed and efficiency of installation, run-in, sealing and millout.

The plugs arrive at the well site with a field-ready wireline mandrel that simplifies assembly. The plug tension mandrel screws onto the setting tool at the end of the wireline, without the need for set screws, pins or complex adapter kits that are common for conventional plug installations. This feature affords ease of connection for any wireline crew or company performing the PNP on a well.

During run-in, each plug has a wear- and impact-resistant bottom sub that transfers any impact resistance up through the tool as opposed to the slips or elastomer. This feature virtually eliminates the risks of presets, even as the plug passes through higher dogleg angles and extended laterals, and enables safer and faster trips in hole at average run-in rates of more than 183 m/min (600 ft/min).

Unlike conventional composite plugs with heavy cast iron slips or ceramic buttons, the new frac plug is designed with a proven friction-based slip anchoring system and packing element that holds it firmly against the casing at pressures of up to 10,000 psi during fracturing.

During millout of conventional plugs, transitions between composite, cast iron and ceramic materials often cause ROP fluctuations that can accelerate tool wear and may necessitate additional trips to reach the toe. The lightweight plug is built entirely from the same alloy material and contains no iron or ceramic parts; therefore, it mills out more easily and with less torque. This design also extends motor life and ensures more consistent ROP from heel to toe.

With a length of 13 in., the MILLITE plug is one of the shortest plugs in the industry. This compact size further assists faster run-in speeds and easier millouts, without sacrificing sealing strength.

Post fracturing, the cast iron and ceramic components of conventional plugs complicate the cleanout process, particularly in wells with low bottomhole pressures. These components generate heavy debris that can settle to the bottom of the well’s lateral section and pile up in the heel, necessitating expensive gel sweeps to circulate out of the well.

With a specific gravity of only 1.8 and a lattice structure that generates smaller cuttings, the new plug improves debris flowback and minimizes cleanout requirements for faster post-frac interventions. The plug’s finer debris floats easily up and out of the well without the need for extra sweeps or costly chemicals. And its compact design ensures a lower overall volume of debris per plug compared to conventional plug debris volumes.

Amassing field successes
An operator conducting PNP completions on a sevenwell pad in South Texas was looking for a plug option that would improve operational efficiency by easing installation and increasing run-in and drill-out speeds. The operator approached BHGE for help with its completion plans.

The wells had measured depths ranging from 4,481 m to 4,877 m (14,700 ft to 16,000 ft) and laterals measuring approximately 1,707 m (5,600 ft). The completion plan required 190 MILLITE plugs deployed over the seven-well pad. Each plug installed easily and as intended, without prematurely setting. At the completion of fracturing operations, the operator deployed a milling bottomhole assembly (BHA) and milled out all plugs with zero motor stalls or short trips. This ease of installation minimized intervention times and eliminated the need for coiled tubing (CT) cycling.

Drill-out time averaged from 4 to 10 minutes per plug, with a total per-well average of 20 to 28 hours from tagging the first plug to getting through the last plug. Compared to millouts in wells using conventional composite plugs, this operation saved approximately 8 hours per well on the drillout.

The ease of plug millout was evidenced by the minimal wear observed on the bit after pulling it back to the surface. Because each plug milled out with smaller and lighter cuttings, the operator was able to reduce its cleanout chemical spend by about 50%, a $13,300 savings per day. The seven-day job saved approximately $93,000 on chemical cleanouts. The operator was satisfied with these savings and plans to use the new frac plugs in its next four-well pad.

The new plug also helped an operator in Colorado accelerate its plug-milling operations and improve debris removal. A total of 22 plugs were set at regular intervals in a trial well with a measured depth of 3,292 m (10,800 ft) and a lateral section measuring 1,341 m (4,400 ft). The plugs were run in at an average speed of 229 m/min (750 ft/min) without issue. Clear pressure signatures were observed as balls were landed on the plugs at 25 bbl/min, confirming the plugs remained anchored in place during treatment diversion.

After fracturing operations were complete, a milling BHA was deployed to mill out all 22 MILLITE plugs with zero motor stalls or short trips, reducing intervention time and minimizing CT cycling costs. Per plug mill-out time averaged 5 minutes, and plug debris easily circulated out of the well without the aid of chemicals. The milling bit showed minimal wear after the operation. The customer installed MILLITE lightweight frac plugs in an adjacent well, and plans to mill them out with the same bit that was used on this job.