Operators in North Dakota drilling in the Bakken Formation wanted to explore possible cost savings without sacrificing quality. The operators, who were drilling long laterals, communicated a need for improved efficiencies to minimize their drilling fluid costs.

To one operator, Newpark proposed two changes to drilling practices: using a fluid conditioner and changing the application method of the high-performing drilling enhancer (HPDE). The benefits were presented to a second operator, which also implemented the practices and realized substantial results. The following discussion summarizes drilling practice modifications and then outlines both operators’ results.

Using fluid conditioner
The first operator outlined concerns about using the current fluid system more efficiently. The most obvious concern was that the fluid’s lubricity diminished after it was circulated over the solids control equipment. This is a common challenge with most lubricants. Newpark suggested additions of EvoCon II, a high-performing fluid conditioner, to best optimize the fluid so that the lubricant coexisted with the cuttings more synergistically.

Maintaining a constant concentration can be difficult because real-time measurement of lubricant concentration throughout the wellbore remains a challenge. A relative concentration might be approximated from the fluid’s lubricity coefficient, which is measured with an extreme pressure and lubricity meter.

The other method, running lubricity sweeps, involves adding a higher concentration of lubricant into a small volume of drilling fluid. The sweep is applied by circulating this small volume downhole so the high concentration of lubricant inundates the drillstring. The sweep is followed by a regular regimen of fluid. This technique of lubricant application is short-lived. In particular, this method typically results in high torque and drag, which can be detrimental to operations.

To address this issue, a steady but small stream of EvoLube DPE was flowed into the drilling fluid as it was going downhole. This modification required close monitoring of the flow from a tote to the pit near the outlet line.

The ideal flow rate was determined by measuring the fluid’s relative lubricity coefficient by an extreme pressure and lubricity tester, modifying the flow so the fluid maintained a target value of less than 0.2. 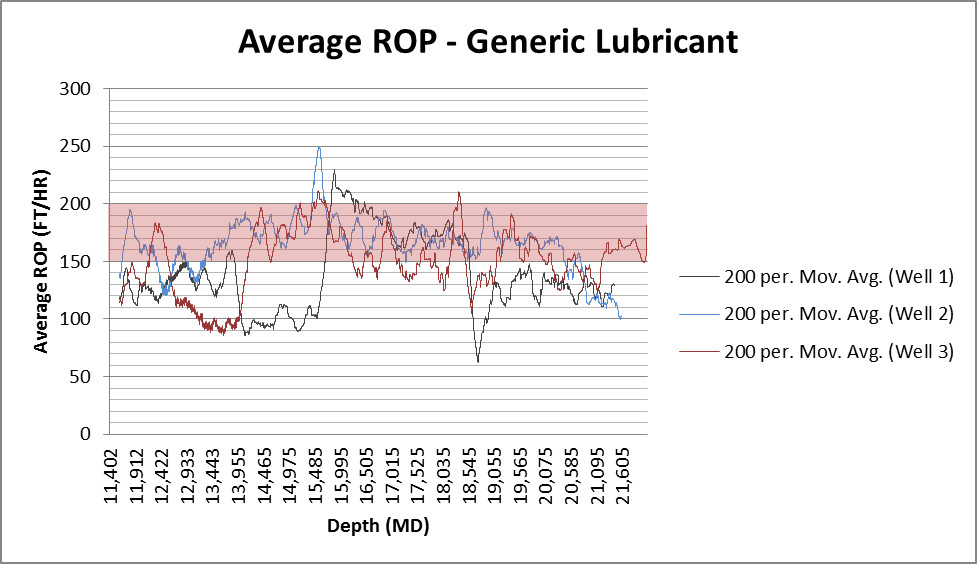 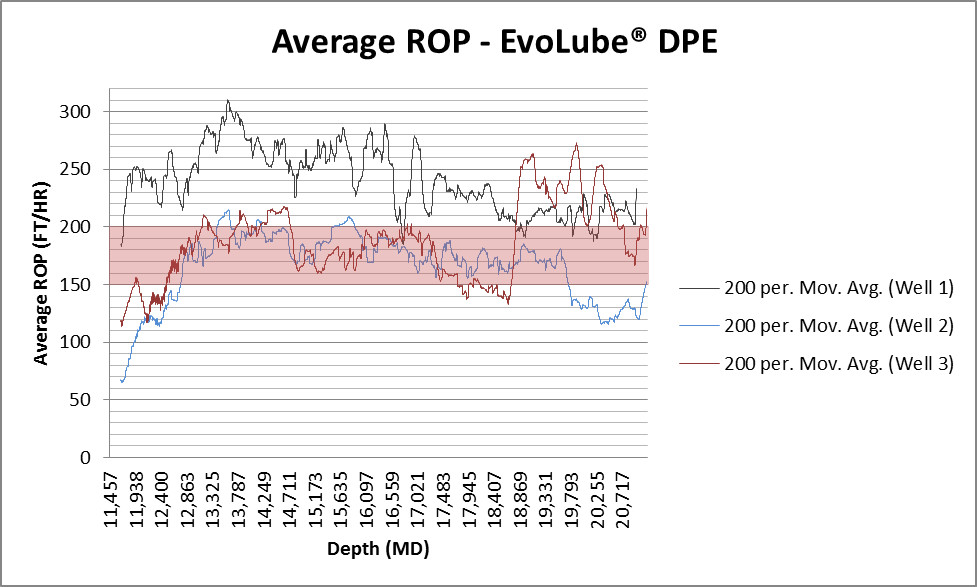 Prior to fluid conditioner treatment, the lubricity coefficient of the effluent was more than twice that of the active system. After treatment, the two coefficients closely aligned, with only a slightly higher rate in the effluent. This demonstrates that fluid conditioner use allows the lubricant to remain in the fluid so that it may be circulated again with minimal additions.

This operator saved an average of 17% in fluid costs when compared to applications without the fluid conditioner. Additionally, the rigs that implemented the “steady stream” of HPDE to the fluid experienced a lubricant savings of 28.3% compared to drillsites that used fixed-percent and sweeps methodologies.

The second operator, who was new to Newpark, implemented these two changes, realizing additional benefits. This operator experienced reduced motor wear. For one well, the operator used only one bit to drill a 3,201-m (10,500-ft) lateral through the Three Forks Formation. On average, the operator observed a 136.3% increase in constant differential pressure in comparison to offset wells.

This differential pressure, which remained relatively constant throughout the remainder of the drilling process, transferred into increased weight on bit (WOB). The increased WOB resulted in an average 20% increase in ROP. Compared to a competitor’s lubricant and methodology on surrounding wells, the operator saw an 18% decrease in rotational torque spikes (calculated as a standard deviation). Lubricant costs were 51.3% lower using the Evolution system and these methodologies in comparison to the operator’s other wells in the vicinity.

Lessons learned
Collaboratively working with the operator, Newpark changed fluid properties by product additions and method application to everyone’s advantage. Evolving from previous knowledge and then continuing in that progression allowed the drilling fluid to perform more efficiently.

This occurs when the operator is open to suggestions and change and if the service company is experienced enough to offer the recommendations. The outcomes of these implementation changes resulted in a reduction of drilling days for the lateral, reduction in trips for motor failures and a notable improvement in sliding for directional drilling. 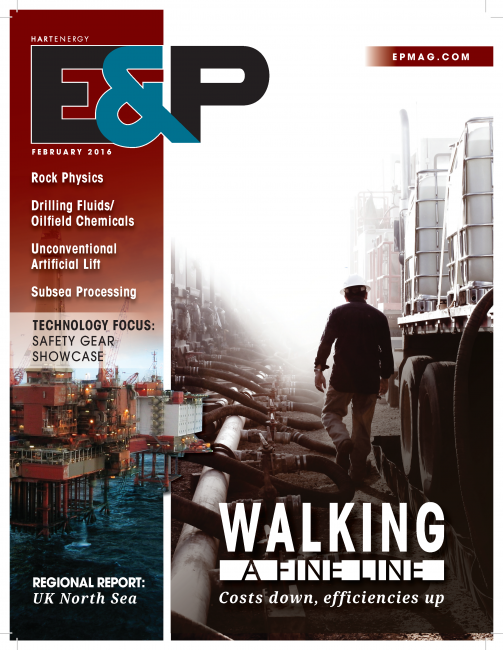