Tubulars and metal forming have been used in numerous industries for many years. However, the concept of using expandable metals and completing the expansion in situ is still relatively new technology, and the oil and gas industry has started tapping this technology in the last decade, largely to overcome production and isolation problems that may occur after the well has been drilled.

Expandable liners are a proven solution for increasing diametric efficiency during well construction, maximizing the inner diameter (ID) of the production conduit. The expandable technology also excels in applications where it is difficult to install a conventional liner of similar ID due to restrictions caused by severe doglegs, complex well paths or other tortuosity factors for highly tortuous wells.

As conventional liners of similar ID can often become stuck or hung up in this environment, a smaller outer diameter (OD) liner would be run to reduce these risks. However, this results in an undesirable reduction in ID. The use of an expandable liner allows the operator to run to depth with a reduced OD and still allows maximized ID post-expansion.

To alleviate these challenges associated with isolating low pressure or thief zones while drilling, Coretrax has developed the ReLine DL system to enable the operator to isolate this interval with an expandable liner (see Figure 1 above).

When compared to a conventional liner string, this provides a significant ID advantage enabling the safe and effective passage of larger completion liners and, ultimately, maximizes production.

Coretrax acquired Mohawk Energy and Churchill Drilling Tools in March 2020, and the company has recently undertaken its first deployment of the expandable liner technology for a major Norwegian operator in one of the biggest natural gas fields in the Norwegian Continental Shelf (NCS), which also possesses significant quantities of oil in thin zones under the gas cap.

Designed for open- and cased-hole environments, the bottom-up expansion system uses hydraulic pressure to pump the expansion cone from the bottom of the liner to the top. The system provides the option of adding a casing string in either planned or contingency scenarios with minimum loss of wellbore diameter. The rotational capable liner can be as short or as long as required using the Coretrax dopeless connection, which has a significant dogleg severity performance.

Once at depth with the liner, cement can be pumped up the back side of the casing prior to the expansion allowing the liner to be cemented in place. Elastomeric seals then create superior isolation in the cased hole enabling the liner to be tied back to the upper bore.

With a large focus on using new technologies to optimize recovery from their reservoirs, the Norwegian sector has some of the highest rates of recovery in the world. In response to the need to drain more of the reservoir within the field, Coretrax began working with the operator in October 2020. Several multilateral wells had already been developed with two or three horizontal sections to radiate out from a conjunctive point in the reservoir.

Due to the density of wellbores in the reservoir, most of which are at a similar depth, the new wellbore is likely to cross through existing wellbores. When crossing through these wellbores, losses can be seen, resulting in a loss of overbalance. If the gas cap is not isolated, as is the case when sidetracking from the 10-3/4-inch casing, then this presents a risk of gas influx. For this reason, the operator drills a short section out of the 10-3/4-inch casing and an expandable liner is then installed to isolate the gas cap while still providing sufficient ID to drill the reservoir branches with an 8-1/2-inch section. Expandable technology is proven to maintain a large borehole and provide zonal isolation through the formation and back into the main bore.

Designed specifically for this field deployment, the system can be rotated in with 20,000 ft-lb and had been upgraded for this application, meaning it gave the operator greater torque and rotational capability.

Following detailed preplanning in partnership with the company’s agent for expandable products, GS Oilfield Solutions, four Coretrax personnel from the U.K. and U.S. were mobilized to install the 8-5/8-inch expandable liner through the window in the 10-3/4-inch 60.7-lb casing into an under-reamed open-hole section. Once the liner joints had been made up and run in hole, the inner string or workstring was stabbed in and the system was run in until it reached the target depth of 2,144 m where cement pumping was initiated up the back side of the casing to provide zonal isolation.

Coretrax expandable connections allowed 502 m of liner to be run in a single trip enabling the operator to kick off from the 10-3/4-inch casing, saving valuable rig time by eliminating the need to sidetrack from casing sizes above.

After removing the inner string from the set liner, the liner was successfully pressure tested to 2,650 psi before drilling out the shoe. This is normally performed when the drilling assembly is in place for the next hole section, where this process continues across each section.

The use of the expandable liner delivered a post-expansion ID allowing the 8-1/2-inch section to be drilled. Eliminating the requirement for additional drilling saved valuable rig time, and the full project was completed in less than 40 hours.

The ReLine DL system also can be used across a number of other applications, including shoe extension liners and re-lining wells. Unlike the company’s stackable wireline system, where several patches can be run, stabbed on top of each other and expanded, the ReLine DL system comprises joints of liner that is made up and run to the required length simultaneously, similar to a normal liner or a conventional casing runner (Figure 2).

The construction of the bottom-up expansion system is robust due to the minimized number of components. The reliability is built on the development of the materials and the connections that are used. In partnership with the operator, prior to its deployment, the liner joints and connections underwent qualification testing to assess its resilience to wear caused by an extended period of drilling in multilateral wells. Such damage could lead to a thinner wall section, raising the potential of leakage.

A test specimen was manufactured from the expanded Coretrax liner, which was then mounted in a circular style and secured in the test fitting on an oscillating plate. A rotating tool joint was pushed down with a pre-specified load. The oscillating plate and rotating tool joint simulate wear while drilling. The weight loss was measured along with the width and thickness readings, and these results were compared with a sample from P110 casing. The results concluded that the expanded liner displayed less signs of wear than the P110 casing.

Qualification testing involved investigating casing wear, and gas tightness was analyzed to agree the parameters and assess the reliability and ensure the rubber-to-metal connections were fit for purpose prior to deployment for the field development. During the gas testing, nitrogen was used as an external gas. The testing concluded that all samples maintained integrity throughout testing without any leak indications over the specified 15-minute hold periods.

With one well completed in 2020, further wells will be undertaken by Coretrax this year, with further similar opportunities beyond 2021. The company is building stock of its expandable technology portfolio in Aberdeen and Norway to support NCS operations, negating the economic, logistical and carbon footprint of shipping equipment from the U.S.

Expandable technology allowed the operator to kick off from 10-3/4-inch casing, which represents huge cost and time savings.

This significant milestone marks the first deployment of Coretrax’s expandable liner technology in Norway since acquiring Mohawk Energy and Churchill Drilling Tools in 2020. The move has allowed the business to deliver and deploy novel technology and specialist personnel from local bases, significantly reducing the logistics, cost and carbon footprint of traveling from the U.S. 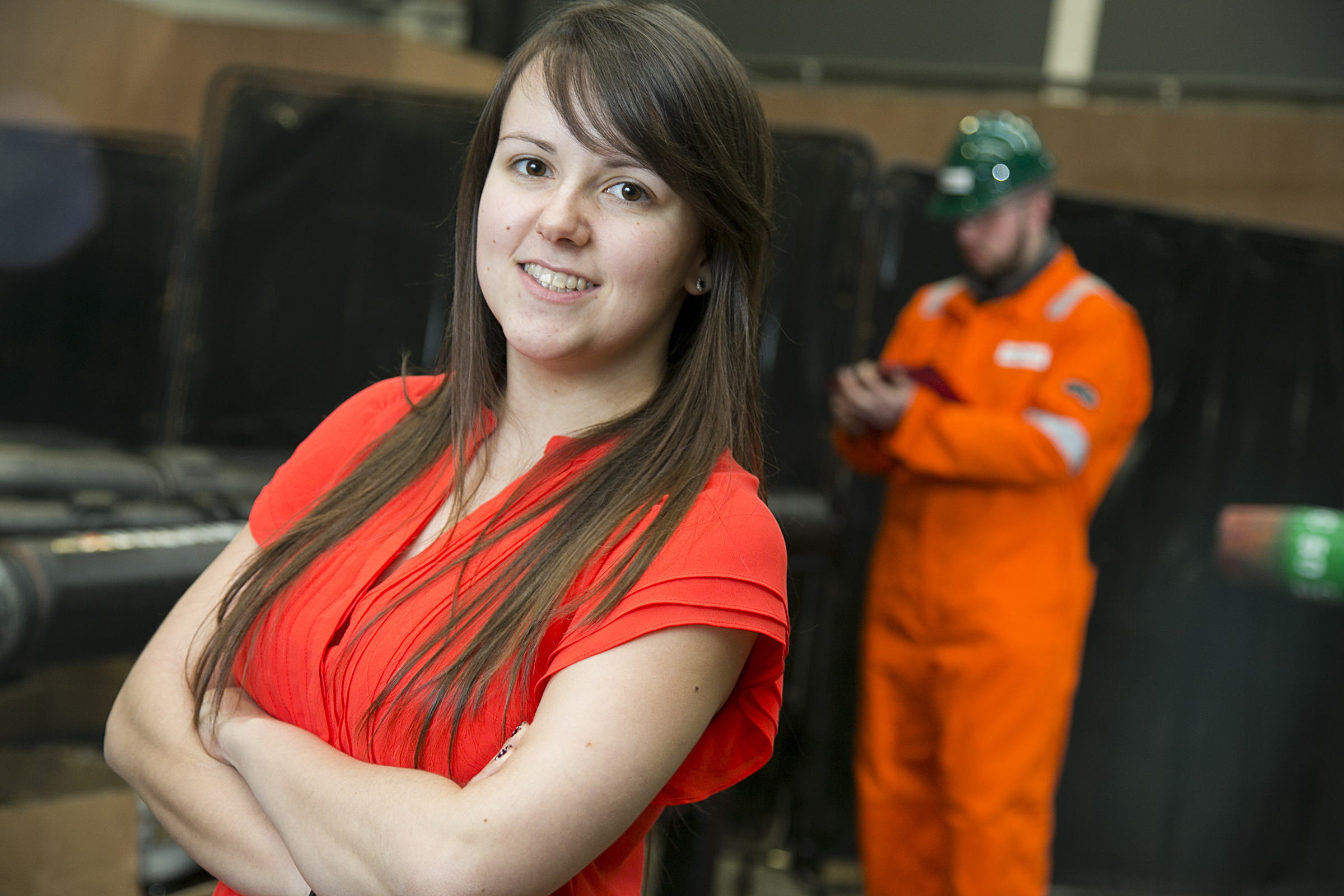 Cherish Sims is a senior operations engineer with Coretrax. She oversees operations within the Europe, Africa and Caspian regions. Since joining Coretrax in 2011, she has developed extensive experience supporting drilling, completion and P&A projects and gained her BEng (Hons) degree in engineering in 2020.

Crude oil stockpiles in the U.S. Strategic Petroleum Reserve fell to 538 million barrels, the lowest since 1987, data from the U.S. Department of Energy showed.