For now the Lower Tertiary play sits in the shadow of its longer established higher producing neighbors, with the production and recovery efficiency of its fields yet to be fully proven.

Various yet-to-find estimates indicate the industry could double the current discovered Lower Tertiary resource base with continued drilling. There has been a significant ramp-up in exploration over the past decade, with the play’s technical success rate running at more than 50% for the 60 or so wells drilled to date. However, drilling activity in recent times has slowed down and is likely to remain that way in the near-term future due to the current price environment, although industry costs also will continue to fall. 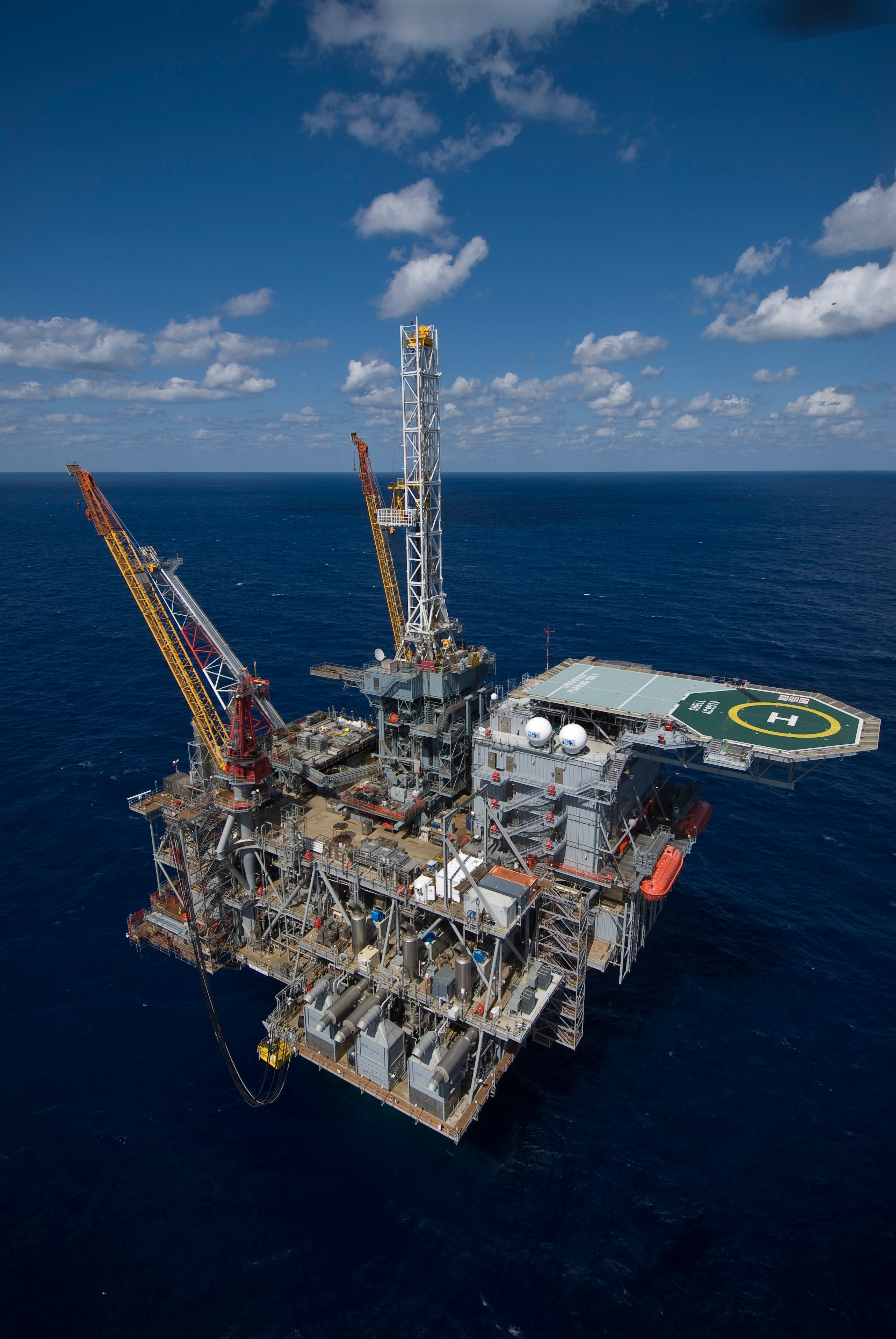 Production data from the GoM’s Lower Tertiary play are still relatively scarce, so data from Shell’s Perdido spar platform in the western GoM, which came onstream six years ago, have added and continue to add invaluable fresh insights into reservoir performance along with further data from other more recently onstream producing Paleogene fi elds such as Cascade-Chinook and Jack/St. Malo. (Source: Shell)

More production data to come
At present the industry has only a limited sample of production data from producing Paleogene projects such as Chevron’s Jack/St Malo and Petrobras’ Chinook/Cascade, and it is likely too early to draw definitive conclusions on long-term potential and recovery from the play. Technology and the understanding of the full production operating envelope as production data becomes available will ultimately drive peak production rates and ultimate recoveries. 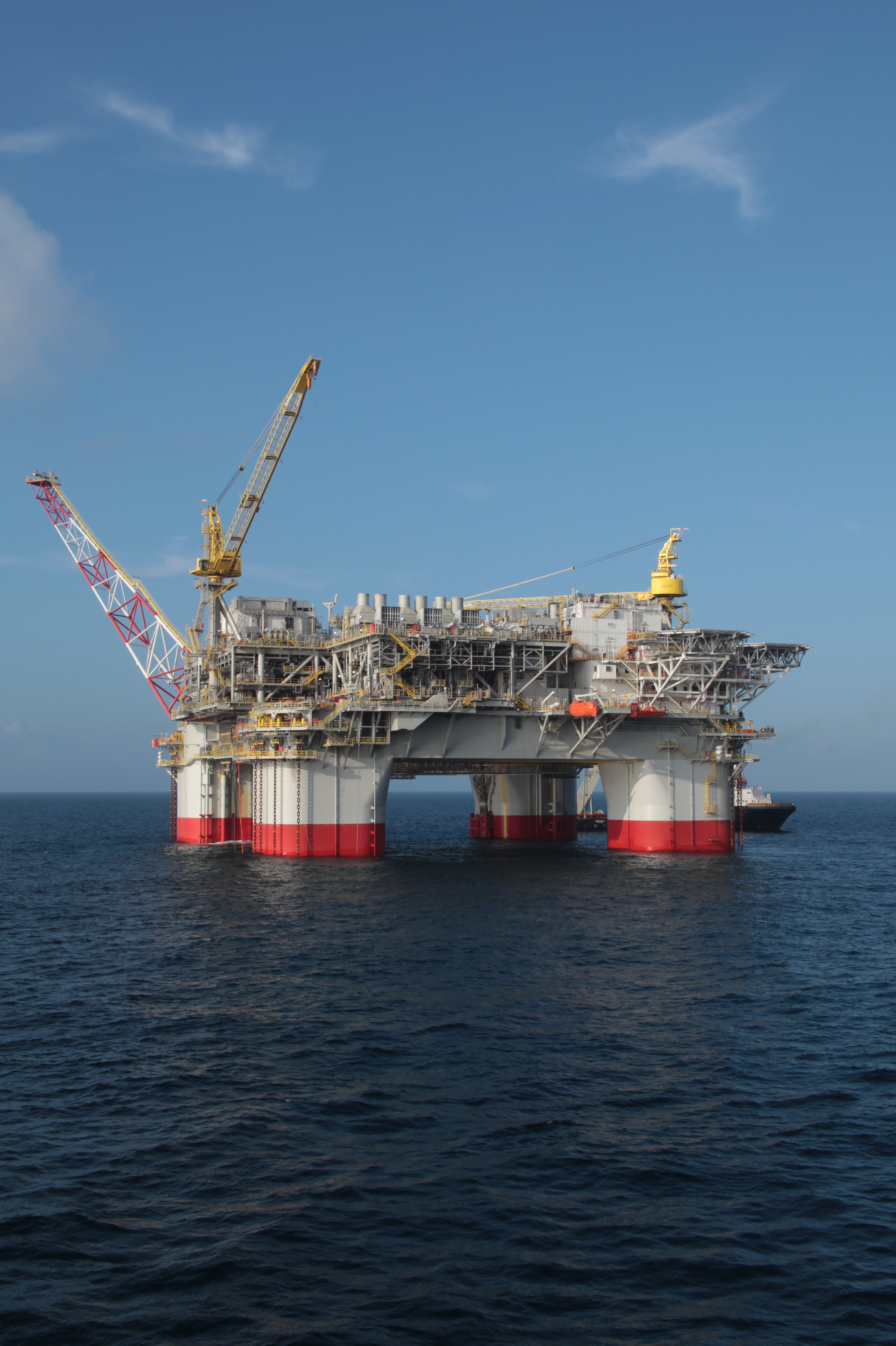 In the Walker Ridge area the company’s Lower Tertiary ultradeepwater Stones development—the deepest production system in the world—is due onstream imminently and will flow its hydrocarbons via subsea wells to its FPSO unit.

Stones production will add more data to the industry question of how to optimally develop the Lower Tertiary play in the Gulf of Mexico (GoM). Shell also has the Appomattox development in the eastern GoM that received sanction as well as three material discoveries that it is currently working on. 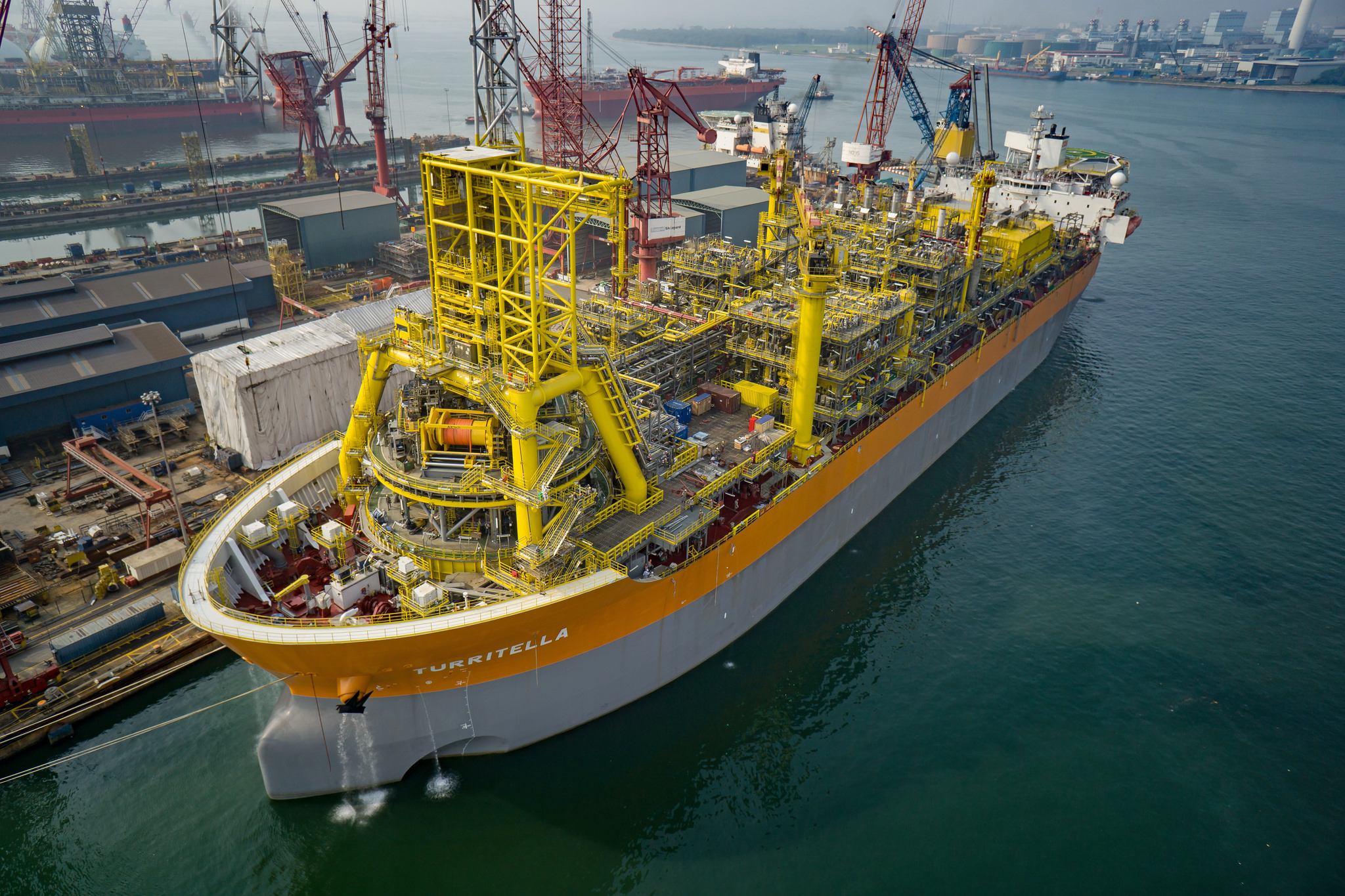 Play areas
The Lower Tertiary play extends over a large area of the central and western GoM, and its quality is largely controlled by burial history, according to David Reid, deepwater appraisal manager for Shell Upstream Americas.

He said, “The Lower Tertiary—or Paleogene—from an industry perspective has a lot of discovery risk lying largely behind it as a play, while ahead is the job of determining how to best develop it.” Speaking at Hart Energy’s Offshore Executive Conference (OEC), he added, “You can split the play into the Perdido area to the west—which has shallower, lower pressure reservoirs with variable fluid types, and in the better quality reservoirs reasonably good recovery efficiencies overall—and the Central GoM area, where the reservoirs are very deep with higher pressures and temperatures and where development challenges relate to rock and fluid properties.”

“The Lower Tertiary—or Paleogene—from an industry perspective has a lot of discovery risk lying largely behind it as a play, while ahead is the job of determining how to best develop it.”

To date the central GoM area is where the majority of discoveries have been made so far, with progressive expansion of the play from Walker Ridge into Keathley Canyon, Garden Banks and Green Canyon areas. This expansion has led to some interesting and emerging differences between the Central Outboard and Inboard Paleogene areas. The Outboard Central Paleogene area has typically produced large, thick complex structures, but more recent industry Inboard Central discoveries seem to suggest the potential for higher and better porosity preservation, interestingly at deeper reservoir depths/higher pressures, higher permeabilities and better fluid properties relative to the Outboard area.

5 Bbbl resource
The Lower Tertiary appears to have fully emerged as the next play type, at least from a volume perspective, in the GoM. According to various industry estimates, there is about 5 Bbbl of potential recoverable resource discovered.

Reid commented, “You have the western area, the Perdido area, which is still very interesting. We are active there, and there’s the extension into Mexico. And then you’ve got the central GoM area, where activity has seen probably 60 or so wells drilled in total, but that activity has largely been around the outboard Paleogene, and there you’ve seen big structures and thick reservoirs.

“As you move into the inboard area, industry results suggest that there could be better fluid and rock properties there, which could be somewhat of a game changer around how the Lower Tertiary is going to be developed.”

Depending on future oil prices and capital spend, industry estimates show potential for up to 1 MMbbl of production by 2025 from the central GoM area, with the Lower Tertiary contributing potentially up to 800,000 bbl/d of it.

Discussing future industry development, Reid highlighted that “we need to see significant cost deflation and also need to see stabilization and a rising of the oil price, but I think there is a lot of resource potential that could play into the industry supply from the deepwater GoM.”

Technology, simplicity and JIPs
Highlighting the role that technologies throughout the E&P life cycle are playing and could play in opening up the Lower Tertiary, Reid flagged up seismic imaging as being “a direct driver” of the exploration success rates observed so far. With this comes the modeling related to basin, burial, fluid and pressure predictions, and being able to distinguish what drives reservoir productivity may well separate the winners from the losers in the play.

Panel discussions during the OEC highlighted the E&P sector’s move toward future 20,000-psi drilling and production systems, which the industry is currently in the process of qualifying for deployment. Deepwater rigs have in general been designed to handle 15,000-psi equipment, and changes to new 20,000-psi systems are only likely to be available on new rig designs.

On the subsea side there are a number of high-profile ongoing joint industry projects (JIPs) between a number of majors to develop a suite of 20,000/177 C (350 F) equipment. This program is going well, and those close to these projects indicate that the industry should see this equipment ready for installation in the 2019-20 period.

Artificial lift also is a technology that will very likely be deployed in the Lower Tertiary, Reid said, adding that it already had seen “proven deployment on deepwater projects such as the Shell-operated Perdido Field in the GoM and the BC-10 project offshore Brazil.”

Artificial lift is a technology that aids increased production rates and improves overall recovery from low-energy reservoirs such as those expected in the Paleogene.

Standardization possibilities
Related to virtually all the technologies mentioned above, the E&P industry’s ongoing push to implement increased standardization across the board already is emerging in the Lower Tertiary, Reid pointed out.

The E&P industry’s ongoing push to implement increased standardization across the board already is emerging in the Lower Tertiary.

“I think standardization is interesting because it’s been touted around the oil and gas industry for many years. Now, if you look to the Lower Tertiary, you are actually starting to see standardization emerging through JIPs. So in the Project 20K initiative for drilling and subsea, for example, you’re seeing joint industry initiatives to develop one set of technology to deliver that.

“That actually becomes incredibly important if, as an industry, we’re trying to unlock a play at a reasonable cost metric.”

The Lower Tertiary is a play that emerged in an era of rising oil prices, higher costs and maximum volume/value focus—very much an enabling environment for opening up a new play. But it is increasingly likely that it will be fully developed and matured in a very different era, one of minimum scope/maximum scale and a requirement for disciplined capital deployment and returns.

The GoM has, of course, been at this brink a few times before—the Shelf to deepwater, amplitude plays to poorly imaged subsalt, shallow to very deep reservoirs, and normal pressures to HP/HT, for example. It is almost inevitable, therefore, that perseverance, innovation and competition will converge to allow the industry to successfully unlock the next chapter in the GoM’s deepwater life cycle.