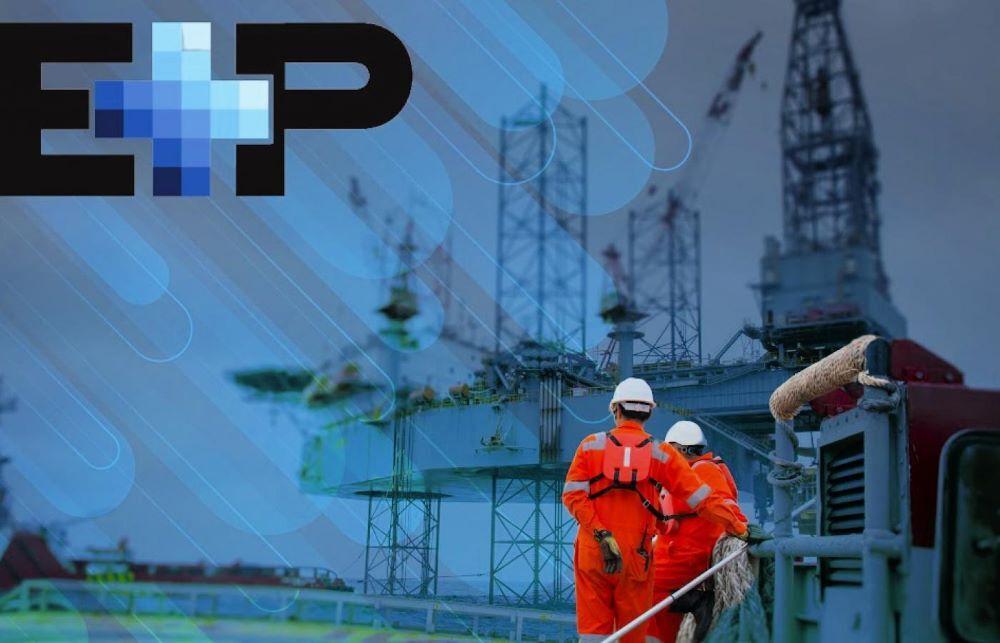 From contract awards for offshore fields to Wintershall announcing it will exit from Russia, below is a compilation of the latest headlines in the E&P space within the past week.

TotalEnergies has started gas production from the Mabrouk North-East Field onshore Block 10 in the Sultanate of Oman.

The company said it expects gas production – which will supply the Omani gas network and feed local industry and LNG export facilities – to reach 500 MMcf/d by mid-2024.

The concept shows initial production of 26,000 bbl/d could be met through two production wells and a gas injector using standard subsea components and topsides processing technologies on a leased FPSO.

Management believes payback for the $640 million project could be achieved within two years of first production with oil at $60/bbl or two years at $90/bbl.

ONE-Dyas has contracted Allseas, Heerema Marine Contractors and HSM Offshore Energy for work for the N05A development in the Dutch sector of the North Sea.

The Allseas Lorelay will execute the pipeline installation and burial scope of the project, which is expected to be onstream by fall 2024.

The N05-A platform will be powered by wind energy from the offshore Riffgat wind farm.

ONE-Dyas, EBN and Hansa Hydrocarbons approved the final investment decision for the €500 million development in September 2022.

The companies entered a binding Asset Purchase Agreement that sets out a plan for Quattro to pay UOG an initial cash payment of $3 million at completion, $1.2 million upon approval of a field development plan for Block 15/18e and contingent payments based on gross production thresholds. The sale is subject to various approvals.

UOG has said it is divesting the license as part of its strategy to focus on opportunities in the Greater Mediterranean and North Africa.

The FSO PARGO has left Dubai and is on its way to the Pargo Cluster in the Campos Basin offshore Brazil, Perenco announced.

The double-hull vessel was built in 2004 and has 750,000 bbl of storage capacity. DryDocks World initiated conversion work on the FSO in September 2021 to extend its service life by two decades and adapt it to meet Brazilian standards. Modifications included installation of an external turret mooring system, a helideck, a metering skid, an extra crane, a new offloading system and export line.

FSO Pargo is expected to be on location in March 2023, moored in April and operational in August following final licensing approval. The company called it a key milestone in the $400 million Pargo development plan.

The Pargo Concession, which comprises the Pargo, Carapeba and Vermelho fields, is now producing 12,000 bbl/d, an increase of almost 300% from when Perenco Brazil took over the Pargo Cluster in October 2019. The 2023 Pargo Cluster development plan calls for the installation in January of two new pipelines from the Carapeba and Vermelho fields to the Pargo units; intensive well works with up to three simultaneous workover units in operation; the upgrade of the Pargo water treatment system, resuming operation of the Vermelho 1 and 2 platforms; and reservoir assessments for potential new plays. Perenco said these projects will enable the next production milestone of 15,000 bbl/d by the end of 2023.

Perenco Brazil holds a 100% stake in the Pargo concession.

Wintershall Dea announced it intends to fully exit Russia “in an orderly manner,” complying with all applicable legal obligations.

“Continuing to operate in Russia is not tenable. Russia's war of aggression in Ukraine is incompatible with our values and has destroyed co-operation between Russia and Europe."

Mehren also said limitations imposed by the Russian government have “made it impossible for Wintershall Dea to operate in Russia as before and resulted in an economic expropriation of the joint ventures in Russia."

Wintershall Dea deconsolidated its Russian business from its financial reporting in Q4 2022 and expects to record a one-off non-cash loss of €5.3 billion related to Wintershall Dea’s Russian joint ventures, as well as impairments from Nord Stream AG and the WIGA midstream business.

Aker Solutions and Saipem were awarded a contract for the LAPA Southwest (LAPA SW) deepwater oil development in the Santos Basin offshore Brazil.

The scope of work encompasses the engineering, procurement, construction and installation (EPCI) of subsea umbilicals, risers and flowlines (SURF) as well as a subsea production system (SPS). Saipem will use its Guarujá CTCO (Centro de Tecnologia e Construção Offshore) facility for logistics activities, quad joints fabrication and some other manufacturing work.

Equinor awarded Saipem the 80-km pipelay for the Irpa deepwater project in the Norwegian Sea. The contract calls for connecting the subsea production template using pipe-in-pipe pipeline to the existing Aasta Hansteen platform.
Saipem’s Castorone will carry out the operations in 2025.

The Kelidang Cluster development consists of the Keratau and Kelidang North-East Fields located offshore Brunei Darussalam. The surveys are intended to support the front-end engineering design for offshore production facilities and the pipelines to prospective buyers onshore.

Fugro said it will acquire geotechnical and geophysical data using autonomous underwater vehicles and a seafloor geotechnical drill along with other tools. The majority of the work will be executed during 2023.

Tenaris to supply tubing to Petrobras

Tenaris and Petrobras have signed an agreement for the three-year supply of tubing with corrosion resistant alloys (CRA) material for offshore Brazil. Pipes will be used in the operator’s pre-salt wells.

Under the agreement, Tenaris will provide pipes produced with CRA materials and finished with TenarisHydril Blue premium connections and Dopeless technology. The products will be manufactured in Sweden in partnership with Alleima and threaded at Tenaris’s threading facility in Aberdeen. With Dopeless technology, connections are supplied runready, with no need for the application of running or storage compounds to simplify handling and running operations, Tenaris said.

Maritime Developments has designed and manufactured a bespoke Aft Recovery System to be used on Subsea7 vessels operating in deepwater.

The assembly consists of a chute, a removal device for buoyancy modules and a horizontal hang-off system. It will be mountable in different locations on the stern of the vessels to facilitate safe replacement of lazy wave flexibles fitted with buoyancy modules.

The MODU is expected to begin operations this year following completion of existing contractual commitments. The exploration project will entail three well drills in the Mediterranean Sea and will require managed pressure drilling (MPD) using a system owned and installed by Stena Drilling on the Stena Forth.

PGS announced an international energy company had awarded it a 3D exploration acquisition contract in the Mediterranean. The Ramform Hyperion is mobilizing for the survey, which is expected to be complete in late April.

Borr Drilling Ltd. announced that the Ran premium jack-up drilling rig had received a letter of award (LOA) from an undisclosed customer for work in Latin America.

The Ran is on a contract with Wintershall in Mexico that is expected to keep the rig committed through second-quarter 2023.

The Bureau of Ocean Energy Management (BOEM) has proposed revisions to the bid adequacy procedures in place to ensure the receipt of fair market value from Outer Continental Shelf (OCS) oil and gas lease sales.

The BOEM proposed the revisions in response to the Government Accountability Office’s recommendations in an October 2019 report, “Offshore Oil and Gas: Opportunities Exist to Better Ensure a Fair Return on Federal Resources.”

A key proposed revisions would be eliminating the use of the delayed valuation methodology and adopting a statistical Lower Bound Confidence Interval (LBCI) at a 90% confidence level as a measure of bid adequacy for OCS oil and gas lease sales. The BOEM said the LBCI relies on established statistical concepts and is widely accepted as a standard approach. It also increases clarity and transparency in the bid adequacy process.

The other major proposed change would be to discontinue the use of tract classification, which the BOEM said has had minimal impact on the procedural analysis of fair market value.

Other proposed revisions would clarify and streamline processes, the BOEM added.

Public comments on the proposed revisions will be accepted through March 5 at www.regulations.gov using docket number BOEM-2023-0008.

The revised bid adequacy procedures would be implemented for use in oil and gas lease sales in the next National Outer Continental Shelf Oil and Gas Leasing Program.