VisionAery edge computing technology allows producers to maintain their standard for wellsite inspections and safety, all while reducing their operating costs and increasing their efficiencies.

The solar-powered technology provides three days of autonomy on a full charge. It also offers custom integration into existing networks and SCADA systems as well as custom preset site tours (i.e., users can survey a site with one click). The platform also displays event tracking, and it is programmed to watch for specific events and record when an event is triggered. The technology does not need an external power source, can be integrated into existing networks, can be easily moved from site to site and would be easily managed from a desktop or mobile phone.

Recently, a producer was able to reduce their carbon footprint substantially through reducing the amount of daily truck runs by incorporating the VisionAery technology. The E&P company, headquartered in Houston, owns assets in the Eagle Ford in Texas, the Bakken in North Dakota, the STACK/SCOOP in Oklahoma and the Permian in West Texas/New Mexico. In efforts to reduce wellsite risks, such as leaks and damaged equipment, the producer had an “every well every day” policy. While this is a great model for maintaining the producer’s high standards for safety and environmental responsibility, it was not conducive for their bottom line.

On average, each wellsite operator could visit five oil pads per day, assuming none of the wells needed maintenance. Some operators had less depending on how far away their sites were. This proved to be an ineffective use of resources.

Another issue was that the producer had no way of authenticating invoices from third-party companies that were hired to complete work on certain well sites. For example, the producer would pay a water tanker truck to empty well pad tanks multiple times per week. The tank truck company, knowing there was no way of proving how many times they were on site, would invoice for more site visits than they actually completed.

Lastly, the producers carbon footprint from the daily truck runs were proving to be quite high. Each truck emitted ~219 lb of CO₂ per day, which was ~79,935 lb of CO₂ each year.

The producer was losing money and adding carbon to the environment. They recognized these issues and set out to find a solution to remediate the issue without compromising their “every well every day” policy.

Twin Eagle Solutions was hired by the producer to create a video artificial intelligence (AI) tool that would increase their efficiencies and allow them to have more oversight of their assets in the field.

VisionAery met all the producer’s criteria and created some additional benefits as well. Twin Eagle engineered a remote monitoring option called Remote Vision that utilized an AI PTZ camera on a movable skid. This technology can monitor all assets on the well site and capture all key metrics important to the producer.

In addition to having a remote overview of the well site, the camera was able to track vehicles and personnel that came onto the site utilizing a local edge server. Twin Eagle was able to program the camera so it recorded specified events and stored them in the VisionAery VMS for someone to view later. For example, the camera would count, record, store and report data locally every time a tank truck would enter the site. This allowed the producer to audit the invoice from the tank truck company.

Twin Eagle also provided the producer with an option that did not need a monthly recurring fee to maintain, lowering operating costs and improving ROI. After programming the camera and configuring the communications devices on the skid, this technology was plug and play for the producer. 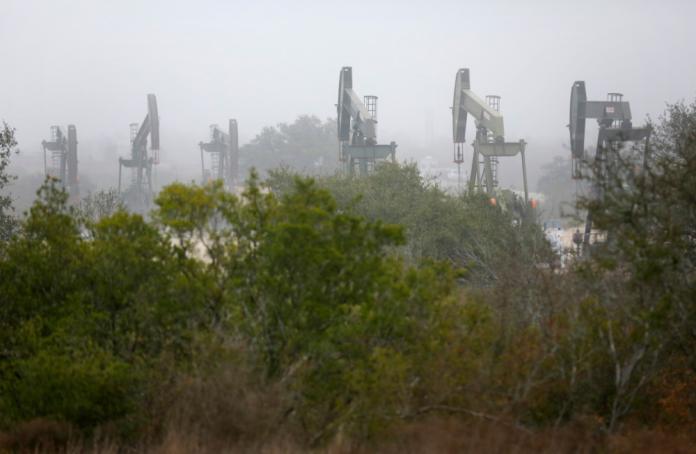 Sierra Energy, a new mineral and royalty acquisitions company formed through a partnership between Providence Energy and Oaktree Capital Management, will target opportunities throughout the continental U.S.