Terminator. I, Robot. The Matrix.

As technology evolves, it’s hard not to think of these films coming to life. A dystopian future where robots rule the world is coming. But maybe everyone should pump their brakes. Technology doesn’t have to be negative. And with the oil and gas industry, it isn’t.

Drone technology is the future of the energy industry and embracing it will keep operators safe and allow for more accurate data collection. Drones are able to enter harder-to-reach places, travel further distances and move faster than the normal human.

One such company that does that is Flyability. Flyability is a drone company that specializes in inspections in confined spaces. Each drone the company has is equipped with a protective cage-like barrier that acts as a bumper, protecting it from running into harm.

“Our drone has a cage around it and it has several collision tolerant features that allow it to fly indoors in confined spaces,” said Zacc Dukowitz, senior communications manager at Flyability. “Places like boilers, pressure vessels, nuclear reactors… if inspectors didn’t have the drone, they’d have to go into that dangerous confined space themselves and collect that visual data with the camera. The drone means they can stand safely outside, fly the drone in and get all the visual data they need.”

The Elios 3, Flyability’s new drone, comes equipped with SLAM technology (simultaneous localization and mapping) technology to make the drone both incredibly stable and easy to operate, so much so that, “people pick it up without ever having flown and can fly an inspection mission the same day.” The drone is also equipped with computer vision, LiDAR technology, and an NVidia graphic engine. With these, the Elios 3 is able to make “centimeters accurate” 3D models of its environment in real time.

“For an industry like oil and gas, you can get your inspection data and know using the 3D model that you got full coverage,” Dukowitz said. “So, if you’re inspecting like an FCC unit at a refinery, you can see the whole unit in the 3D model and know we didn’t miss anything and we did our inspection, we got full coverage. And what that ultimately means is you’re keeping people out of dangerous scenarios.” 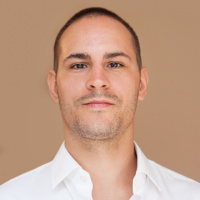 “You can see the whole unit in the 3D model and know we didn't miss anything and we did our inspection, we got full coverage. And what that ultimately means is you're keeping people out of dangerous scenarios.”—Zacc Dukowitz, Flyability

Flyability’s drones are proven commodities and they can still improve as they are able to carry more sensors than just the LiDAR. Adding ultrasonic thickness sensors, gas sensors or any sensor an operator can think to add will be of interest for inspectors using their drones in the near future. They can also improve on their autonomous functions, as it is already “autonomous-ready,” according to Dukowitz, meaning that the drones don’t need to be radically changed for it to fly on its own.

One company that has already taken that next step into the world of self-piloting drones is American Robotics.

Using the standard approach, human error is more likely to contribute to mistakes and inspections might not occur as frequently as one would want. Using American Robotics’ Scout System—a completely autonomous, self-charging, self-navigating drone equipped with high-resolution visual and thermal cameras, as well as sensors to detect methane leaks—these issues are mitigated.

“You schedule the inspection to happen, the drone will automatically take off from the bay station, it will execute its mission and when it’s completed its mission, it will use our precision landing system to land.” Cornell said. “The platform that it lands on will lower, the doors will close, and depending on whether it's hot or cold the HVAC system will kick on to optimize the battery charging speeds to accelerate the time to the next inspection.”

While the battery is charging, the data begins transfer from the drone to our edge processing computer, which generates a model and identifies anomalies on the assets.

“We then transfer the data from the bay station up to our industrial inspection portal in the cloud,” he continued, “and that’s where customers go to access that inspection imagery, view the anomalies and plan their operations and maintenance activities accordingly.” 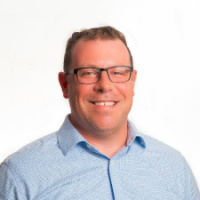 “We are the first vendor approved by the FAA to fly fully automated operations beyond visual line of sight two miles out from the base station without requiring humans on site.”—Jason Cornell, American Robotics

The Scout System not only safeguards employees and the environment, but also drastically reduces opex. Their customer interface software ScoutView, allows for accurate data to be collected and disseminated to customers all for the cost of a drone and subscription. The procedure even reduces reputational risk as it is federally approved.

“We are the first vendor approved by the FAA to fly fully automated operations beyond visual line of sight two miles out from the base station without requiring humans on site,” Cornell said.

Technology is advancing at a rapid rate and the oil and gas industry is advancing with it. Maybe robots aren’t evil and looking to take over the world. Maybe the industry should trust and embrace new technology and changes they bring to the industry, as they could make life easier.