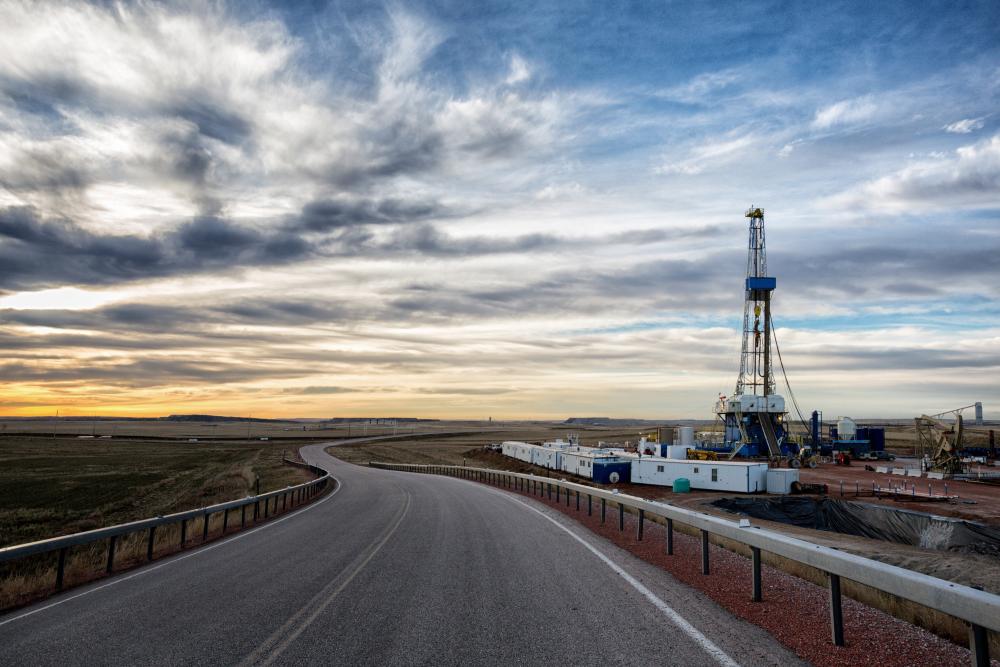 [Editor's note: This is a contributed article from ABB Group.]

All parts of the world economy are being affected by the Internet of Things and related technologies, including oil and gas. Although the idea of a digital wellhead has existed for many years, the oil price crash a few years ago encouraged operators of all sizes to start looking at the concept more seriously. This is something they are continuing to do even now that prices have somewhat recovered.

Digitalization sees smart devices exchange timely data in ways that help transform performance through the use of analytical programs, which guide operational decision-making to reduce risk while increasing efficiency and profitability. In the onshore upstream sector, it involves measuring devices, actuators and sensors on items like drilling rigs and wellheads that use the information to make decisions autonomously or under the supervision of operators that are now better informed.

Producers of different sizes have different priorities. However, all can benefit from the safe reduction in costs and output offered by increasingly affordable remote sensors and cloud computing, which put digitalization within easier reach of the onshore upstream sector. Thanks to the digital boom in the consumer arena, technology, storage and connectivity resources are so accessible that traditional and prohibitively expensive wired approaches are no longer needed for many wellhead applications.

That said, most onshore upstream companies are still in the early stages of evaluating technologies and developing a business case for digital investments. There is vast potential to develop a range of performanceenhancing applications for this sector.

There are approximately 1 million wellheads in North America alone, and field engineers spend considerable time traveling between sites to perform maintenance checks. Operators are keen to reduce this activity to save costs and, more importantly, improve safety, as road traffic accidents are a top contributor to workplace injuries.

With digitalization, it is possible to do most of these checks from a distance. It also ensures that any action taken is the best option available, thanks to analytics and cloud computing, which help operators to diagnose the situation more accurately and apply the most effective remedial action.

In recent years companies in the sector have shed staff to match the size of their organizations to a reduced revenue stream. Ten years ago one field operator might have covered 50 wells. Today the operator may be needed to cover 150. During this downsizing process, expertise has been lost. This has increased the importance of data-based decision-making to help fewer, and perhaps less experienced, people still make quality decisions. Digitalization also makes it feasible for centralized subject matter experts to help field technicians work more efficiently, freeing up these engineers to work on more tasks.

This rationalization process is still ongoing. As such, companies are continuously looking for ways to deploy technology and best practices that improve performance and safety in ways that best meet their operational needs and constraints.

Those with 10 to 50 wells are looking for basic, cloud-based monitoring to extract more value from relatively tired assets. Typically, these operators have purchased their wells from the organization that first developed them. Digitalization can help them potentially get more production out of what is still left in their old assets and thus achieve a better return on their investment.

Operators with 50 to 500 wells in one region have different objectives for well digitalization as their focus is on exploration. The existing wells produce a cash flow that helps sustain their exploration programs. These companies seek technologies that reduce their operating costs while maximizing steady, predictable cash flow.

In onshore environments, operators are dealing with a declining asset from the day they start drilling, as opposed to offshore assets that generate high-volume output for long periods of time. Also, not all onshore wells are equally productive. Furthermore, it is not uncommon for different companies’ wells to be drawing from the same reservoir, contributing to an accelerated asset decline.

Sensors and analytics can be used to prioritize activities such as maintenance on the most productive wells. Technology also can be used to minimize the rate of decline while maximizing production in both absolute terms and in comparison to a competitor drawing from the same reservoir.

Artificial lift is an example of how digital technology can help increase output. It is very rare now that hydrocarbons are brought to the surface by reservoir pressure alone. With the increased use of artificial lift systems, the need for electrification and automation increases. Sensors and technology can be used to get better information and ensure critical velocity is achieved, thereby ensuring the greatest output.

Also, it is worth noting that pumping and gas-lift systems create their own backpressures that need to be managed to keep production flowing effectively. Again, digitalization can help.

Companies with 500 or more wells across several regions are perhaps the most advanced in exploring the potential of digital technologies to extract new value from the data flowing from digitalized wellheads. While they too are interested in increasing production to fund exploration efforts, they seek to maximize production at a global fleet level.

Their objective is to find where the costs are lowest, the wells most productive and the markets most profitable. The impact of fluctuating market conditions can be moderated when performance is digitally tracked and optimized across geographies.

Digitalization provides data to help senior decisionmakers decide where to invest limited resources for the best return on their investment. Digitalization rolls up operational information and makes it easier to compare regions.

The current priority is on operational metrics, as opposed to predicting where the best price will be achieved. Once a well has been opened, the operator already will have invested so heavily that production continues regardless of price. Using digitalization, operators can ensure they make the best decisions to maximize profitability over time.

In addition to helping prioritize global investments, digitalization also is useful regarding predictive maintenance. Technologies exist that can confirm whether equipment is up to the task, how stable it is and whether it is possible to avoid costly shutdowns due to predictable maintenance issues.

In today’s relatively low-price marketplace, there remains strong incentive to use technology to improve performance at the onshore wellhead, an area that had previously been overlooked in favor of the more resource-rich offshore sector.

The priorities are to maximize output, minimize downtime and costs while achieving this with low staff numbers and without sacrificing safety.

Although this is still an emerging area for the onshore upstream sector, companies need to stay on top of developments. Those that are slow off the starting blocks may find themselves leapfrogged by more agile competitors. 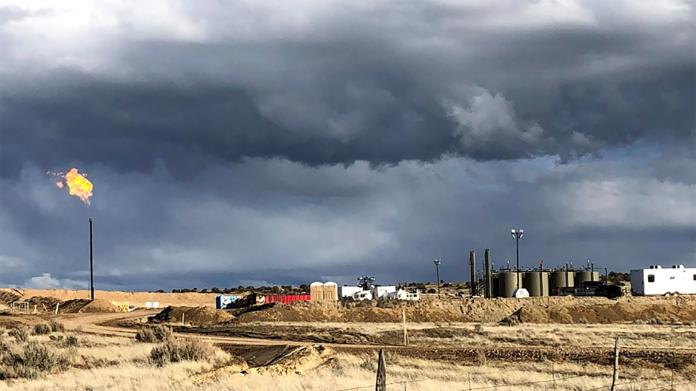 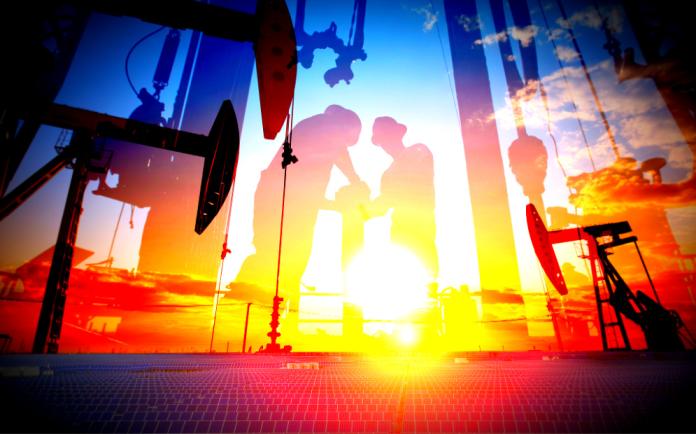 How Drilling for Oil Can ‘Go Greener’

Here are some of the more innovative ways in which oil and gas developments around the world are adopting more environmentally sustainable practices. 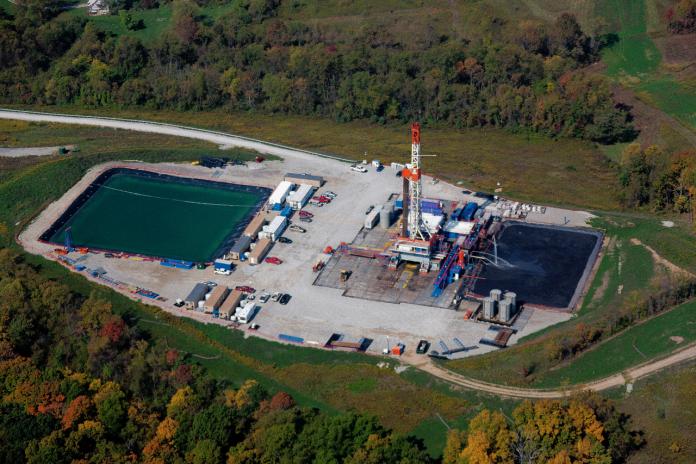