Deepwater pipeline precommissioning presents technical and logistical challenges. State-of-the-art equipment, logistics, local presence and flexibility play key roles in the success of each deepwater pipeline precommissioning project. Improve the odds of solving these challenges by adding expertise and experience, and by doing so, operators will have a higher rate of project success.

The Baker Hughes Process and Pipeline Services (PPS) team was contracted to provide the pipeline precommissioning and inspection for an operator in the CLOV field cluster about 140 km (87 miles) offshore Angola. Baker Hughes PPS delivered subsea flooding, cleaning and gauging of the production flowlines and nine water injection flowlines at water depths of 1,050 m to 1,410 m (3,445 ft to 4,626 ft); surface precommissioning on the construction vessel and FPSO vessel; dewatering and monoethylene glycol (MEG) conditioning of the gas export (GE) line; and umbilical testing and monitoring from the umbilical installation vessel and FPSO locations.

The success of the precommissioning project required a coordinated effort that involved multiple executions of deepwater remote subsea flooding, testing and dewatering operations as well as strong in-country assets, planning and management.

The flooding, cleaning and gauging (FCG) of the 11 production flowlines and nine water injection flowlines were performed from the seabed using the Baker Hughes Denizen remote subsea pipeline precommissioning system. More than 90% of the pipeline was flooded at a controlled rate using the available hydrostatic pressure. The pig was then pumped the remaining distance to the pig receiver using an ROV-powered pump mounted on the system. All water entering the pipeline system was filtered and chemically dosed in accordance with the project specification.

The system also was used to perform FCG operations on the 12-in., 13.8-mile (22-km) GE line prior to hydrotesting operations.

To optimize these operations, the system has been modified through an ongoing R&D program. Enhancements to the system included installation of a new chemical flowmetering system for high-viscosity chemicals and real-time measurement of the ROV’s hydraulic power, which increased data-logger run time between 20 days and 30 days.

Hydrotesting and leak testing of the GE system were conducted in two stages. The first stage involved hydrotesting the single hybrid riser (SHR) to test the integrity of the riser, including the flexible jumper, from the flexible end. After the main line spools and the subsea isolation valve installations were complete, the second stage was to hydrotest the GE flowline, SHR and flexible jumper as one complete system.

The dewatering pig launcher was preloaded with six dewatering pigs that were propelled with compressed nitrogen from the FPSO flexible end to the GE FLET temporary pig receiver that was located subsea.

After launching the dewatering pigs, an ROV was deployed from the support vessel at the receiving FLET to confirm receipt of the pigs and to operate the MEG sampling tool. The tool was then recovered by the support vessel, and fluid samples were tested for purity of the final MEG slug in the pig train. Additional MEG samples were stored in sealed bottles for further analysis by the client.

After the GE pipeline was dewatered, it was packed with nitrogen at 13 barg above ambient subsea pressure (130 barg) to minimize differential pressures when commissioning the pipeline.

Logistics were a challenging aspect of these operations. Initially, the dewatering was going to be performed from the supply boat but needed to be changed to a barge three weeks before the mobilization date. This uncertainty added to engineering, logistical planning and equipment mobilization considerations. To reduce delays and minimize costs, Baker Hughes brought in its logistics team to expedite the process and to coordinate on-time delivery.

Custom manifolds were manufactured to allow the vessel to perform leak tests with the assistance of a subsea remote data-logger and ROV. The manifolds allowed three systems to be hydrotested simultaneously and monitored independently, reducing the number of deployments and allowing the vessel to be used to monitor other installation work, optimizing total cost. The extended testing period provided more test parameter information, allowing faster, more informed decisions based on test results. In addition, detaching the vessel from the testing system enhanced safety.

Umbilical precommissioning services typically include multiple testing stages. A pre-load-out test to verify the umbilical integrity prior to mobilization can be carried out on the umbilical before its transfer onboard the vessel. Often the manufacturer’s factory acceptance test covers this requirement. For any umbilical being deployed from the vessel’s carousel, transpooling monitoring was carried out to ensure the umbilical tubes being transferred were kept within a required pressure window and to verify that no damage occurred to the umbilical throughout the process.

Post-load-out testing was conducted once each umbilical had been positioned onboard the vessel to test all hydraulic, electrical and optical elements of the umbilical against their design specifications. At this critical stage, each umbilical was monitored as it was installed to confirm the integrity of the umbilical. Once the end of an umbilical was reached, a final test was performed from the vessel to confirm the umbilical had been installed without damage. Once complete, the precommissioning equipment was removed from the umbilical to allow completion of the installation. After connecting subsea or surface hang-off, a final test from the operations platform/FPSO vessel was undertaken to demonstrate the umbilical’s integrity and readiness for operations.

Multiple successful subsea deployments and a reliable dewatering spread were critical to minimizing delays during critical path operations. Equally important was the ability to respond rapidly and effectively to a wide range of project changes.

As a result, the CLOV precommissioning safely met all the project objectives and saved the operator time and expenses. In particular, the critical-path dewatering operations were executed on time and without incident. 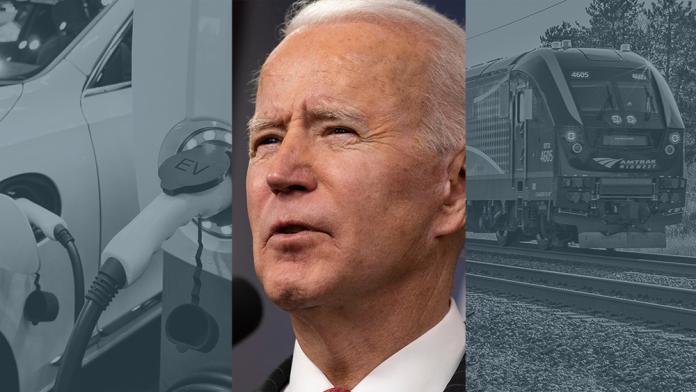