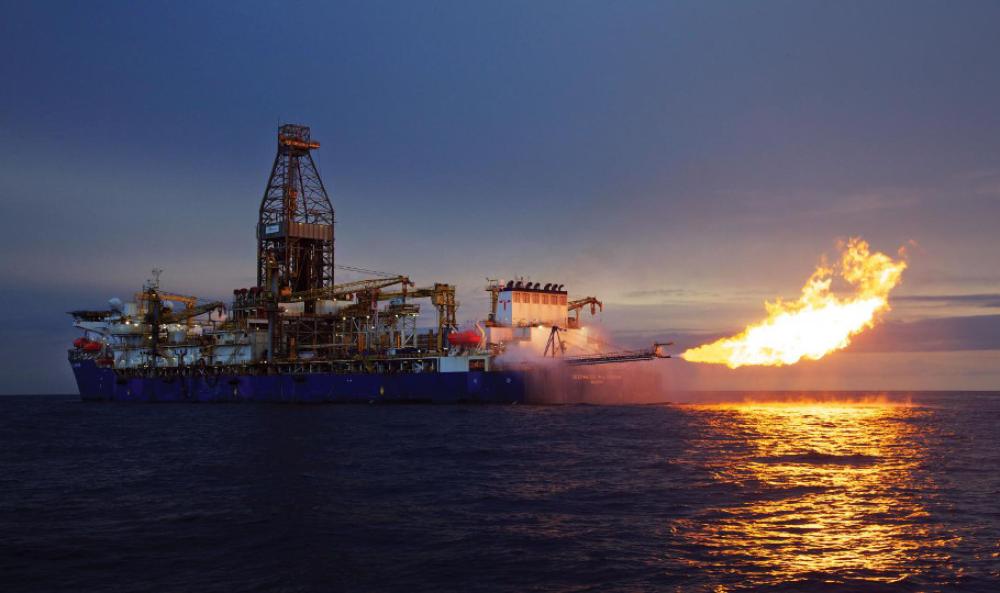 Transocean’s Deepwater Millennium drillship is shown flow-testing in the Rovuma Basin offshore Mozambique, where some of the world’s largest deepwater gas discoveries of recent years were confirmed by operators Eni and Anadarko. (Source: Anadarko)

The American novelist Mark Twain—hearing on good authority that he was thought to be dead—once responded cheerfully to a determined reporter, “The reports of my death are greatly exaggerated.”

Likewise, for those tolling the death knell for the global deepwater oil and gas sector, its predicted demise is also far too premature. It is human nature perhaps for some folk to write something off too quickly after encountering adversity.

But according to the views of an expert lineup of eminent explorationists from some of the world’s most successful E&P operators directly responsible for some of the world’s largest discoveries in recent years, any present decline in deep water is—in the bigger picture—just a short-term dip.

35% Capex Plunge
None could—or tried to—deny that deep water has been dramatically impacted by the industry’s sustained and brutal downturn. Capex in the sector has unavoidably plummeted during the past 18 months while the upstream industry went into survival mode, with projects delayed, canceled or “reengineered” to take advantage of falling costs.

In May analyst Douglas-Westwood adjusted its forecast for spending on deepwater projects to $137 billion between now and 2020, a dramatic 35% fall compared to its own figures from March 2015. Of that total spend figure, subsea production equipment; subsea umbilicals, risers and flowlines; pipelines; and trunk lines represented 34%, while floating production units were said to account for 28% of spend over the period.

But it added that projects already under construction were unlikely to be affected, with the largest proportion (38%) of the total spend attributed to drilling and completion. Deepwater expenditure will predominantly be driven by Africa and the Americas, set to account for a combined 87% of total deepwater capex. “In the long run, we remain of the view that deep water will be a cost-competitive source of world-class hydrocarbon reserves,” it stated.

Biggest Offshore Opportunity
That “long run” referred to was very much in the minds of speakers from Eni, Shell and Statoil during a discussion panel at the recent European Association of Geoscientists and Engineers (EAGE) annual conference in Vienna, Austria.

The industry veteran said that deep water had been the base of large discoveries in past years and that it would continue to be so. “Deep water will remain the main source for significant discoveries for the industry in the future,” he said, stressing that the industry would need, however, to do at least two things: drill less but more valuable wells and explore, develop and produce projects more efficiently.

Shell’s executive vice president for global exploration, Ceri Powell, agreed, observing that with only 7% of the world’s currently produced oil coming from deep water, “It’s still an immature play. There’s 270 Bbbl recoverable reserves out there in deep water, according to the International Energy Agency.”

With the industry reducing the deepwater development breakeven price toward less than $50/bbl, Powell added that further advances in seismic would help achieve better success rates, while a “direct enabler” for further developments would be the increasing amounts of deepwater infrastructure, allowing easier connection of discoveries to existing networks.

New Play Concepts
New geological concepts such as that proven by Shell in the eastern Gulf of Mexico on its Norphlet Trend would continue to allow access to fresh reserves, she added. The Jurassic period formation already has produced sizeable deepwater discoveries for the operator such as the Appomattox, Vicksburg and Rydberg fields.

“Who would have thought just a few years ago that the eolian and fluvial sands would have produced these?” she said. But it produces tangible results and investment. Shell is of course in the midst of developing its Appomattox Field, which will be produced by a semisubmersible production facility linked to a subsea system with six drill centers, 15 producing wells and five water injection wells.

Bertelli also reminded the EAGE audience that today’s lower oil price level was actually the long-term norm. “Before that period of high prices the industry had been working at lower price levels, and everybody was happy,” he said. “What changed during the high price period was the cost. Now the price has dropped—it’s currently 50% less than it was last year—but the average cost drop is about 25%, no more than that. So there’s a big gap between the price of the oil and the cost. We cannot control the price, but we can control our costs, so we need to work together to further lower industry costs and reset the cost structure.”

Powell did highlight emerging evidence that the industry is turning the corner on costs. “I have been very encouraged by how we have cut drilling costs, with deepwater wells, for example, now being drilled for much less than $100 million per well in some parts of the world. It’s also about efficiency, about how many days it now takes to drill those wells. We are still not drilling enough at present, but we are now doing it very efficiently.”

Tim Dodson, Statoil’s executive vice president of exploration, reflected on how the industry had largely used the period of higher oil prices to develop and produce older discoveries as “windfall projects” that previously had not been economic to develop.

There is a need now to acquire assets, he said, as companies cannot replace their produced reserves through exploration alone. But it will be crucial that those companies ensure they acquire the right quality of asset. Although relatively little merger and acquisition activity is happening at present, said Dodson, “I think we will see more in this ‘lower for longer’ situation.”

What the industry is really lacking, he added, was “enough new good ideas. We can easily get swamped by the need for efficiency and controlling costs. But how can we come up with more and better ideas?”

Their beliefs were backed up elsewhere by BP’s upstream head Bernard Looney, speaking at an investor event in Baku, Azerbaijan.

He highlighted the company’s Mad Dog Phase 2 project’s dramatic reduction in forecast development costs so far from originally about $20 billion in 2012 to currently less than half that figure. The expected solution for Mad Dog Phase 2 is now a 140,000-bbl/d semisubmersible facility rather than the original giant production spar, with the semisubmersible to be connected to 29 subsea wells and five drill centers.

Working with partners BHP Billiton and Chevron, BP has used new project phasing, simpler optimized design and equipment, and repeat solutions instead of bespoke ones to reduce the cost. The company is still rebidding other key contracts associated with the project ahead of sanction, which could come by year-end 2016. “You can see what it was just two years ago, what similar equipment on Atlantis was built for 10 years ago, and where we are now,” he said. “That’s a huge saving. And every element of the project is going through this degree of rigorous challenge.”

Looney added, “Some people say that deep water is finished. We have a very different view. Based on our current calculations, Mad Dog will break even around the $40 per barrel mark.” 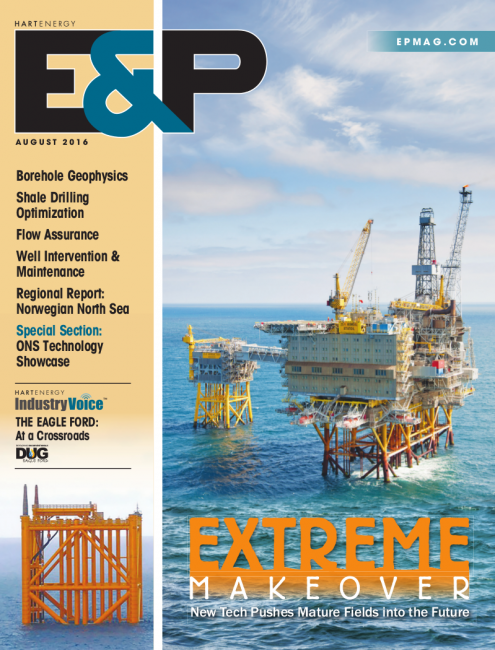