The U.S. has turned to unconventional shale oil and gas, intent on becoming energy independent and a leading supplier of energy resources globally. The benefits of the shale boom include lower natural gas prices, competitive advantages for domestic manufacturing, economic development and more. With the help of advanced oilfield chemistries and technologies, the U.S. already produces in excess of 10 MMbbl/d, thereby reducing its dependence on oil importation.

Today there is a growing trend toward resin-coated sand, which is engineered to increase productivity.

Managing radium
Drilling and stimulating a single well typically requires up to 6 MMgal of water and up to 20 MMlb of proppant. Generally, 10% to 40% of the drilling fluid is recovered during the initial period (first 90 days) of production and is referred to as flowback water. After this initial phase, the well will typically continue to produce water, referred to as produced water. Both flowback and produced wastewaters comprise several dissolved solids, including naturally occurring radioactive radium isotopes, Ra-226 and Ra-288, which are decay products from uranium and thorium.

Radium is particularly problematic because unlike uranium, the Ra2+ ion is soluble in water and decays into radon gas, further exposing workers to inhalation hazards. Ra-226 also can partition into any associated solid phase, which can result in the settling of suspended solids (wet sludge), precipitation of dissolved solids in waste treatment facilities, scale deposition in tank and pipes, and accumulation in filter media and filter socks. Because wastewater is stored in holding tanks on site before it is treated or safely disposed of, the concentration of Ra-226 in waste streams can lead to high levels of radioactivity. Responsible waste management is critical to prevent air, surface and groundwater contamination while ensuring sustainable hydraulic fracturing operations.

Uncoated or raw sand particles comprise a majority of the proppant used in hydraulic fracturing. During operations, flowback water can carry the raw sand to the surface. These sand particles can cause pipe and pump blockages, which significantly reduce productivity. Proppant coated with VORARAD form a polymer network that drives the fusion of particles so they stay in place and avoid transportation to the surface. As a result, production can continue uninterrupted.

VORARAD is designed to trap radium from the flowing water and sequester it underground within fractures, thereby reducing the concentration of radium isotopes in flowback water and simplifying or eliminating the topside treatment of the wastewater. This reduces the amount of radioactive material that could be exposed to the environment. It also boosts the recyclability and reusability of wastewater in operations before its eventual disposal.

Test results
VORARAD for resin-coated sand proppant has the potential to transform conventional understanding and practices around radium removal. Subsequently, there are two adjacent “next best alternatives” worth mentioning for comparison purposes (Figure 1). One of these technologies is standard coated proppant, while the other is essentially a network of topside wastewater treatment facilities.

The ability of VORARAD to selectively sequester radium from field water samples was extensively demonstrated in a laboratory. A series of experiments were conducted in which radium uptake by VORARAD-coated proppant was measured from five flowback and two produced water samples. These field water samples contained multiple anions and cations, and their concentrations varied widely.

The first graph depicted in Figure 2 highlights that the cumulative uptake of Ra-226 from a flowback water sample with an initial concentration of 1,490 pCi/L was 455 pCi per pound of proppant. The second graph in Figure 2 demonstrates that higher cumulative uptake of 823 pCi of Ra-226 per pound of proppant was achieved from a produced water sample that had an initial radium concentration of 9,750 pCi/L. These results show that resin-coated sand proppant with VORARAD technology can capture a significant amount of Ra-226 under wide conditions that span from the early (flowback period) to the later stages in the life cycle of a well.

As a whole, resin-coated sand with VORARAD technology helps improve the environmental and safety profile of hydraulic fracturing by dealing with radioactive materials at their source—deep downhole where the radium resides as a naturally occurring material. The technology significantly reduces the release of radium and its radioactive product radon to the atmosphere, while lowering the costs of handling and disposal of radioactive waste in oil and gas exploration. 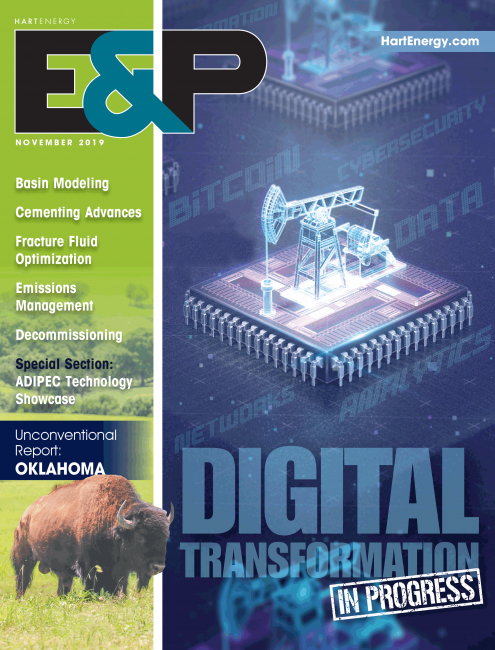