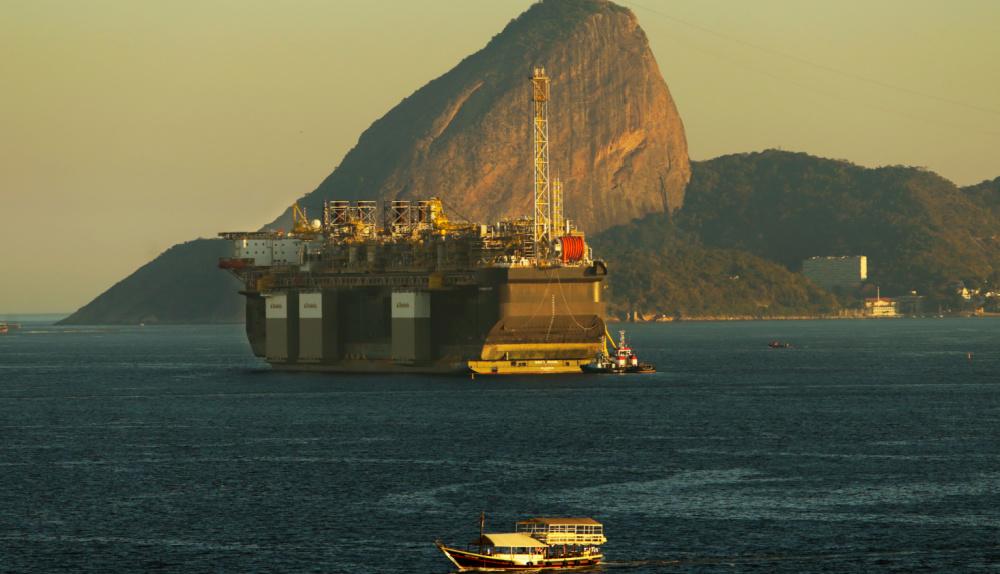 Petrobras oil platform P67 (R) is seen in 2018 at the Guanabara Bay in front of the Sugar Loaf hill prior to its departure for the Santos presalt oil field. (Source: Shutterstock.com)

Brazil’s National Petroleum, Natural Gas and Biofuels Agency (ANP) recently scheduled the opening of a permanent bid round that will cover 11 blocks located offshore in the Campos and Santos basins in the presalt polygon.

The latest bid round will offer offshore oil and gas exploration blocks under a production-sharing regime, according to details published by ANP in Brazil’s Official Gazette on Aug. 17.

Brazil’s state oil and gas producer Petrobras has expressed interest to act as operator of the Agua Marinha and Norte de Brava blocks with a minimum 30% participation in each, the ANP said. The group added that Shell Brasil Petróleo Ltda. has been qualified as an A+ operator.

The ANP has established an Aug. 24 deadline for companies to complete registration forms, deliver documents and pay associated participation fees. According to the schedule, the public session for the presentation of the offers will be on Dec. 16.