When it comes to deepwater developments, speed is the name of the game.

The faster a job offshore is completed the safer and more environmentally friendly it is. It could also save money as day rates for drillships can exceed $400,000/day.

An overarching goal of this project was to “make the oilfield more efficient,” said Gareth Davies, executive director of systems and technology – oilfield equipment at Baker Hughes.

“What this is, is an electrified tree system that we’ve tried to minimize the infrastructure overhead for,” he said. “If we’re going to supply power to the tree system, then if we can help it, we don’t really want to supply anything else like hydraulic fluid or chemicals. So, what we tried to do is to put all of those functionalities into the tree system so that we can eliminate all of the other infrastructure supports.” 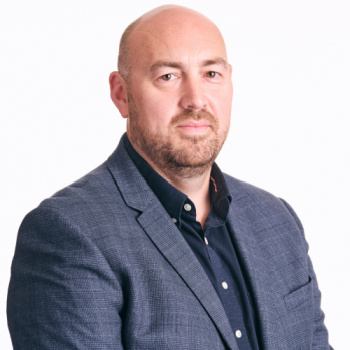 “We bring a lot of that different sort of mindset and we’re going to do a lot more of it too, but it allows us to start to think about different problems like grid style electrification for the offshore environment.”—Gareth Davies, Baker Hughes

The idea for this new tieback originally began with Baker Hughes trying to limit the amount of CO₂ that was produced in the manufacturing process. To do that, they began eliminating unnecessary components in an effort to make everything light and cheap. From there, they began to eliminate things like the hydraulic lines and chemical storage.

Despite the obvious benefits an all-electric subsea tieback could have on the offshore industry, this product is the first of its kind. Developing this wasn’t a particularly easy task, especially in an industry that is heavily ruled by the old guard.

“The biggest thing we’ve had to overcome in the process is actually mindsets—traditional thinking mindsets,” Davies said. “That’s something that even though we’ve ended up with a semi-traditional looking product, it’s got a lot of functions and services on it that you would never have got if you'd started in a traditional sort of way.”

Along with waiting for mindsets to evolve, Davies also noted that they had to wait for technology to evolve as well.

Baker Hughes’ product has been in development for 18 months, before then technology wasn’t advanced enough to even fathom this project. In early trials, they weren’t even able to remove the hydraulic support infrastructure, as they kept it as a backup plan in case things went wrong.

The lack of hydraulic support within the umbilical is just an example of one benefit of the all-electric tieback.

Reducing the amount of direct lines that need to go to each well can take the umbilical down from 14 inches to 8 inches, significantly reducing cost. By reducing one of the subsystems the “umbrella becomes a lot smaller” and capital expenditure can be reduced by 15% or more.

Electric driven system is also more reliable, according to Davies, and allows customers to take a hands-off approach once the equipment is in place and keep operators out of harm’s way.

While the product’s current version is not installed anywhere, Davies assures that the technologies are “pretty mature.”

“They’re all independently qualified, so as a system, it’s not a TRL 7 (technology readiness level 7) system as we would traditionally think about it, but each of the elements has been installed for significant amounts of time,” he said.

Even though this tieback is extremely innovative, it’s not the last step. Baker Hughes envisions a “fully electrified offshore environment” with a cheaper and more environmentally-friendly umbilical-less tieback.

“You’ll see quite a few product introductions from us in the next couple of years that are very much around rethinking traditional mindsets and rethinking different problems associated with a very mature industry,” Davies said. “We bring a lot of that different sort of mindset and we’re going to do a lot more of it too, but it allows us to start to think about different problems like grid style electrification for the offshore environment.”