A leak from a damaged subsea oil pipeline that went unnoticed for some time, temporarily shuttering a beach offshore California recently, put leak detection and related protocols back into the spotlight.

Backers of an award-winning technology say modified negative pressure waves combined with the Internet of Things (IoT) are capable of detecting such leaks in less than a minute or two, pinpointing its location within a few feet and notifying key personnel and authorities.

“Because we’re detecting [leaks] so quickly, we’re reducing your loss,” said Matthew Grimes, who specializes in digital onshore solutions and is the customer success manager of SLD (Spontaneous Leak Detection) with Siemens Energy. "So not only are we saving you money, environmental cleanup, bad publicity—all those things that come with the offshore leaks and such—depending on the pipeline, the size, the pressure, we can detect anywhere from a half-inch or larger.”

He called that a comfort zone, considering the company—which has a testing loop at its Houston facility—has been able to detect oil leaks that are about one-eighth of an inch.

The presentation was delivered as oil and gas companies remain under pressure to minimize their impact on the environment, while working to meet the world’s growing energy needs. It also came as the U.S. Pipeline and Hazardous Materials Safety Administration develops proposed regulations for gas pipeline leak detection and repair programs set to be published in 2022 and the U.S. Environmental Protection Agency (EPA) updates leak detection and repair requirements for oil and gas systems.

Regulators aim to ensure the industry is being safe and working on ESG deliverables, said Ron Salas, Siemens Energy's head of sales and business development for onshore solutions. However, he added, “It’s always slow."

Visual inspections, he noted, are done by some companies only quarterly or twice a year.

Grimes recalled his days in production, noting how one company would conduct quarterly flyovers across an oil field about the size of Houston’s 610 Loop.

“The only way they would know that there was a leak was because all of a sudden there’d be a green area,” he said.

Damage had already been done. Oilfield workers would run the field every day, but it was still difficult to detect leaks from the ground given the field’s size, he explained.

Technology is changing that.

The real-time transient model, or RTTM, is a common method used to detect leaks. It involves identifying characteristics of the medium in pipeline, such as oil or gas, using mathematical models to determine how those molecules react in the pipeline and instrumentation to gather densities and real-time data, explained Nico Jansen van Rensburg, vice president of onshore solutions, Americas, with Siemens Energy.

“If the real-time data reacts differently than what the model predicts, that typically is indicating a leak,” he said. “It’s a very advanced way of doing it. You’re heavily reliant on measurements, accuracy [and] calibration, which makes it expensive and complicated … [With] negative pressure, you look for one thing and that’s basically a drop in pressure. How much it drops is not so important.”

“It’s like sonar in the water; it sends that signal through the water … [in] all directions,” he said. “So when we get that negative pressure spike or drop, we can then see that travel through the pipe and tell you where it’s located.”

As part of the Spontaneous Leak Detection service, an FPU is connected to the pipeline that monitors a pressure and temperature instrument. These units are installed on pipeline risers, which are typically located every 10 to 15 miles where there is already pipeline access available without need for adding new pipeline installations. Events associated with a pipeline leak are detected via data analysis using advanced algorithms. Edge computing nodes send leak event data to the cloud using LTE or satellite communications to pinpoint the location of the leak.

“In about 30 to 45 minutes, you go from no system to connected and operated and reading,” Grimes said. “Once the system is connected to the pipeline, we run what we call baseline.”

This baseline helps the system become acquainted with the pipeline’s normal operational noise to help prevent false positives. Siemens Energy listens to the pipeline for two to four weeks, and then it eliminates that noise from the pipeline to detect the pressure wave.

“So all of a sudden if you crank a valve or you start a new pump, we can capture that data, add it to your algorithm and then remove that noise, so you don’t continue to get false positives,” Grimes said. “A lot of the old negative pressure wave systems went away because they were getting so many false positives that people just start ignoring it. It’s the whole cry wolf situation. Our system eliminates those. It only gives you the incidents that you want to see.”

When a leak is detected, alerts are sent via email or text to appropriate personnel in addition to waving a red flag in the system. If alerts sound off and no one responds, another alert is sent higher on the chain of command until action is taken.

The magic lies within the small, class-rated FPU housed near the pipeline, Rensburg said.

“One of the major challenges with cloud technology is it’s too expensive to connect to field with cloud for large data transfer applications, and we solved that by bringing down the processing hardware next to the pipeline.”

The system can be deployed at greenfields or brownfields, and it is capable of detecting oil, gas and other types of leaks. Siemens Energy installs, maintains and operates the system as a service.

“It’s so easy to do this, and … stop [leaks] quickly, and we’re proving it here day in and day out for onshore/offshore gathering systems, you name it,” Grimes said. “As long as the pipeline has pressure on it, we can implement it.”

The ability to eliminate noise and update algorithms based on changes to pipeline flow parameters is among the features Siemens Energy says sets the technology apart from others. Another key differentiator, according to the company, is the spontaneous leak detection system does not require substantial loss of product or double-digit pressure drop before a leak is detected and verified.

Currently, the system only detects leaks. But Siemens Energy has been in talks about putting control valve operation on the leak detection system. This includes parts of the world, for example, where there are problems with fuel thefts.

“Eventually, we’ll get there,” Salas said. “For now, we just got to make sure that we’re not polluting the environment, and we have solutions that are preventing and minimizing that.”

Siemens Energy said the system is deployed in several countries across the world, including in the U.S.

“We do have some customers that are that are really ahead of the game and they see the value,” Grimes said, while others don’t react until it’s too late. “Regulations will make a big change in that.”

Building the Next Generation of FPSOs

OTC 2021: Bridging the Gap Between Gas Turbine OEMs and End-users

IndustryVoice Video: Mobile Electrification of Fracking in the Permian Basin

2022-05-12 - With continued releases of the U.S. Strategic Petroleum Reserve over next several months, “expect to be seeing some of those exported,” Kpler’s Smith said.

2022-03-01 - Russia, one of the world’s top oil producers, exports around 4-5 million bbl/d of crude and another 2-3 million bbl/d of refined products. China, the EU, South Korea, India and Japan are its main buyers. 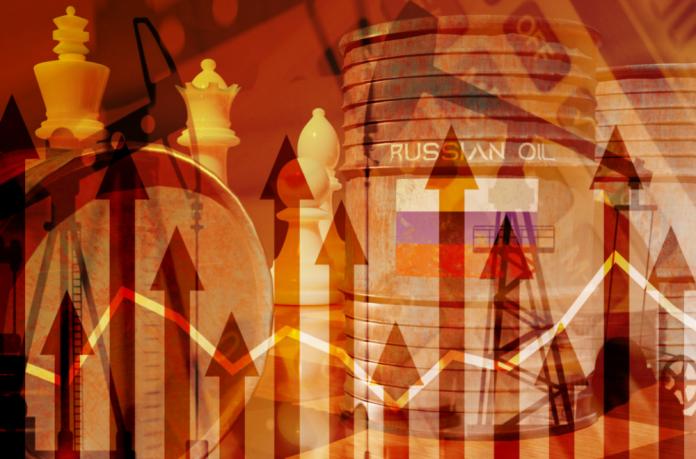 2022-03-21 - The odds of a policy misstep relating to the Russia-Ukraine conflict are increasing creating a downside risk to oil prices, says Stratas Advisors in its latest forecast.