Dan Purkis earned a BEng in mechanical engineering with first class honors from the University of Aberdeen. His career spans 27 years, during which his enthusiasm and passion, coupled with an extraordinarily inventive mind, have consistently made him the top choice for leadership roles on world-class teams.

Over nearly three decades, Purkis has developed products and solutions that have shaped the oil and gas industry.

Leadership: With more than 100 industry patents to his name, Purkis is recognized as one of the most innovative thinkers of his generation. He played a critical role in developing intellectual property for multiple oil and gas service companies and is continuously developing new ideas and disruptive technologies that sweep aside traditional approaches to E&P.

Purkis is a born leader who inspires the next generation, generously sharing his time and encouraging young people to pursue oil and gas industry careers.

His motivation to do things differently is one of the things that sets him apart.

Accomplishments: Purkis introduced his first game-changing technology in June 1992 at Nautronix, where he tackled the problem of analogue diver communication systems, which are susceptible to electrical noise. Purkis recognized that signal processors at the time had become fast enough to run an FFT algorithm capable of frequency shifting the helium speech in real time. Applying this technology, Purkis introduced the world’s first digital helium speech unscrambler.

Many other “firsts” followed. As part of a small team at Petroleum Engineering Services (PES), Purkis contributed to the development of SmartWell, a microprocessor-based tool that provides continuous downhole data and enables computerized control of downhole operations. This was the world’s first intelligent completion system.

Purkis also revolutionized downhole control and communication using fluidics – liquid computers – to replace electronic circuits, creating a tool that can reliably withstand high pressures and temperatures over extended periods of time and allow up to six flow control devices to be controlled from only three hydraulic control lines. The technology, called Digital Hydraulics, eliminated the need for multiple tubing hanger penetrations and reduced the complexity and risk of operations and logistics.

Today, Purkis is pioneering the use of 3-D metal printing tions at Pragma. The M-Bubble product range is based on a novel inflatable metal element that delivers an expansion ratio greater than 300%, made possible using 3-D metal printers that surpass the capabilities of subtractive manufacturing methods. The products target the through tubing market where a bridge plug with running OD of 2-1/8 in. capable of being set in 7-in. casing is seen as the industry “holy grail.” A first commercial run is scheduled in the North Sea in the second quarter of 2020.

Purkis has also developed a new downhole safety valve for Pragma, designed for cable retrofit in artificial lift applications. Currently marketed in the form of an ESP safety valve, its functionality is based on a novel pressure differential, that requires no pressurized chambers, hydraulic control lines or electrical power. The valve will fail-safe close when the ESP is switched off and can be opened and closed as many times as required.

Another of Purkis’s revolutionary innovations is the Well-SENSE FiberLine Intervention solution, which delivers bare optical fiber into the length of a well for surveillance, monitoring and diagnostic purposes. The technology uses distributed acoustic and temperature sensing plus electronic and optical sensors to provide high quality well data across a wide suite of life-cycle applications.

Perspective: “I want to work on things people have not seen before. I don’t just want to create slightly better versions of what everyone else is doing.” 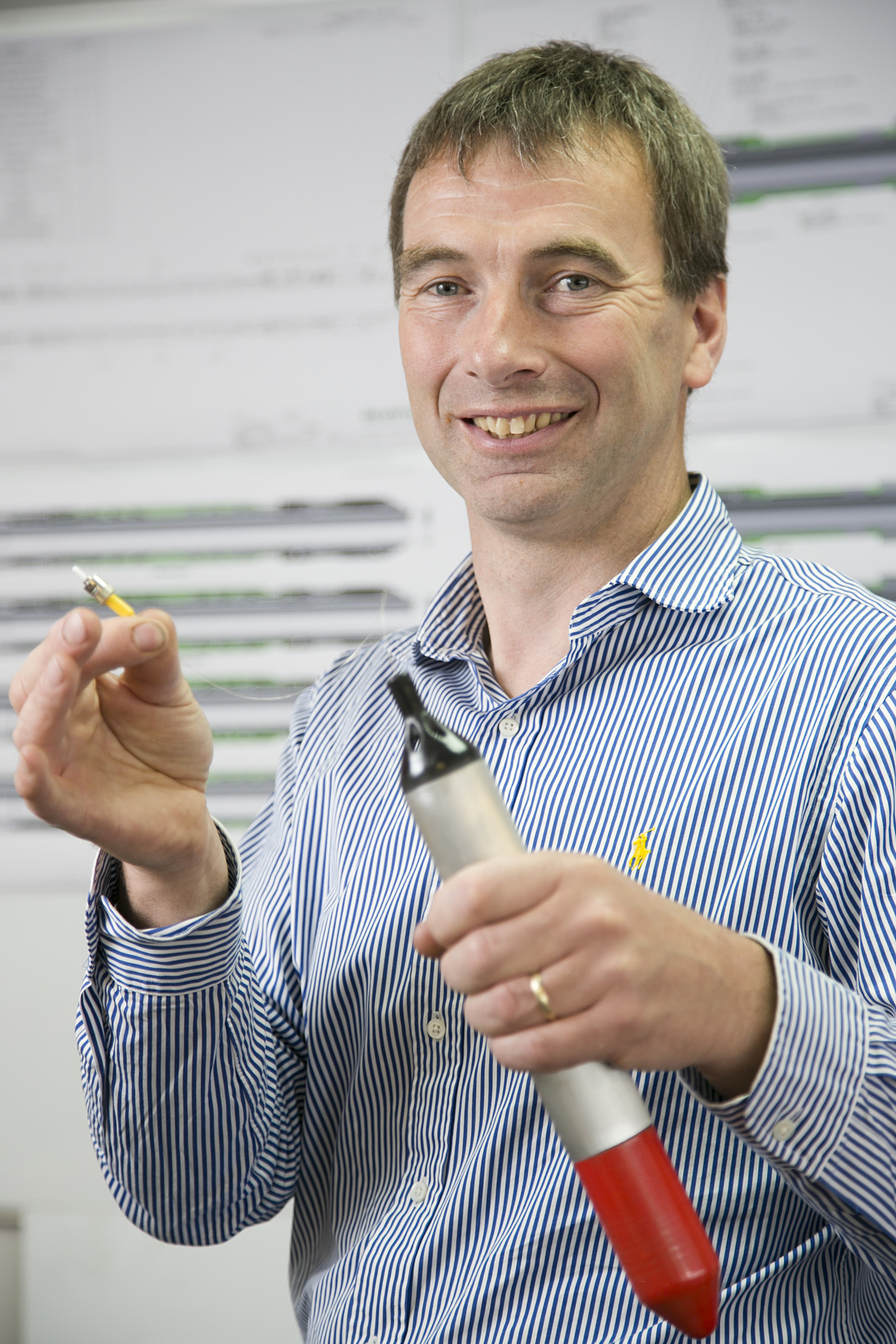