While current price levels are much more reasonable, we think a hard floor should exist at $70/bbl. While supply concerns have been somewhat alleviated, there is still risk in the markets and fears of a demand slowdown may be overblown. Recent news indicates that there might be some progress on the trade war front with rumors that both sides have been negotiating a resolution. However, nothing official has been announced and this is likely just optimistic messaging in advance of Tuesday’s midterm elections.

We expect Brent to average $73/bbl this week. The implementation of Iran sanctions is unlikely to add significant value to prices, especially with waivers approved for eight countries/territories that have significantly reduced imports. White House administration officials have refused to name the eight jurisdictions being granted an exemption but China, Japan, India and South Korea are expected to be among them. 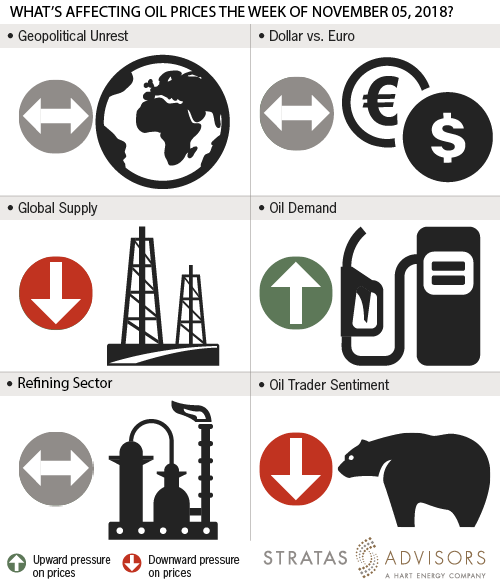