Oil prices rebounded over the weekend after the news that President Trump and President Xi Jinping came to an agreement to hold off on increasing tariffs on $200 billion of Chinese goods from 10% to 25% on January 1. The agreement provides 90 days for both sides to come to an agreement on trade and intellectual property rights. As of Dec. 2, Brent had risen above $62/bbl. For the week ahead, we expect prices to average $65/bbl with upside possible based on the outcome of the OPEC meeting.\ 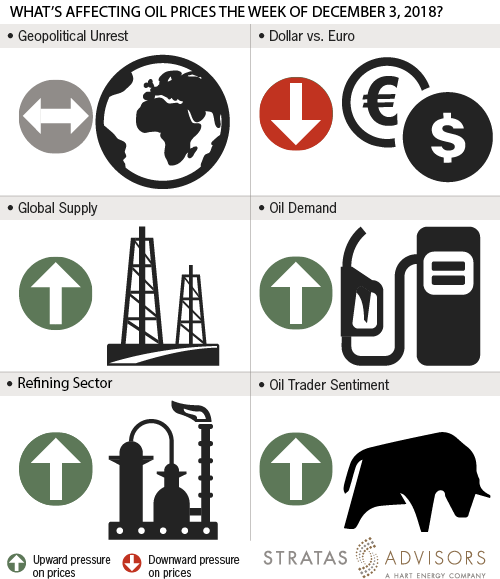 Although Saudi Arabia did reduce over-compliance, it took several months. OPEC may decide to reduce production, or could instead choose to focus on reducing over-compliance from those countries that are still producing less than their quotas. After this week’s meeting, OPEC will be one country less, with Qatar announcing on Monday that it would be leaving the organization in order to focus on its natural gas production. 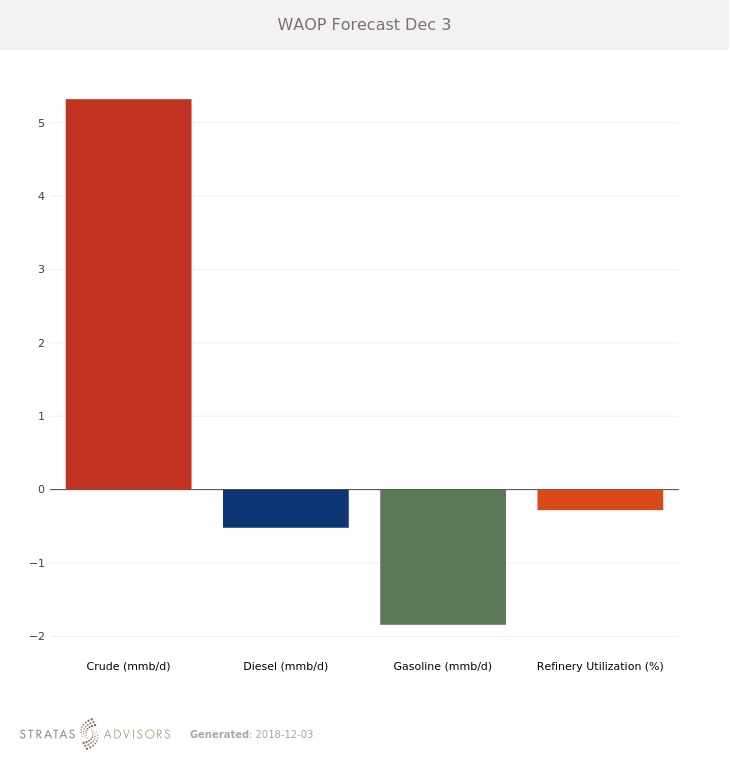 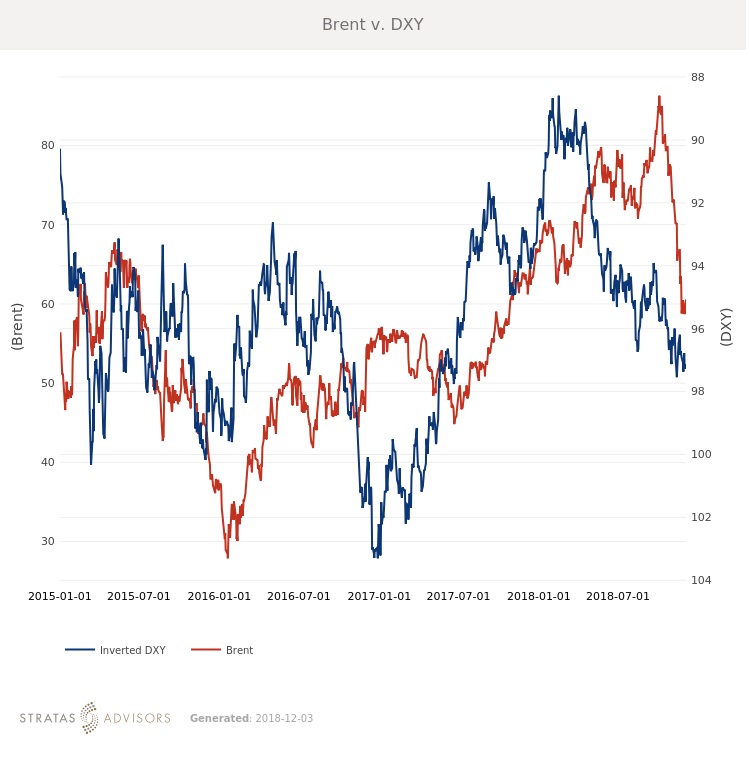 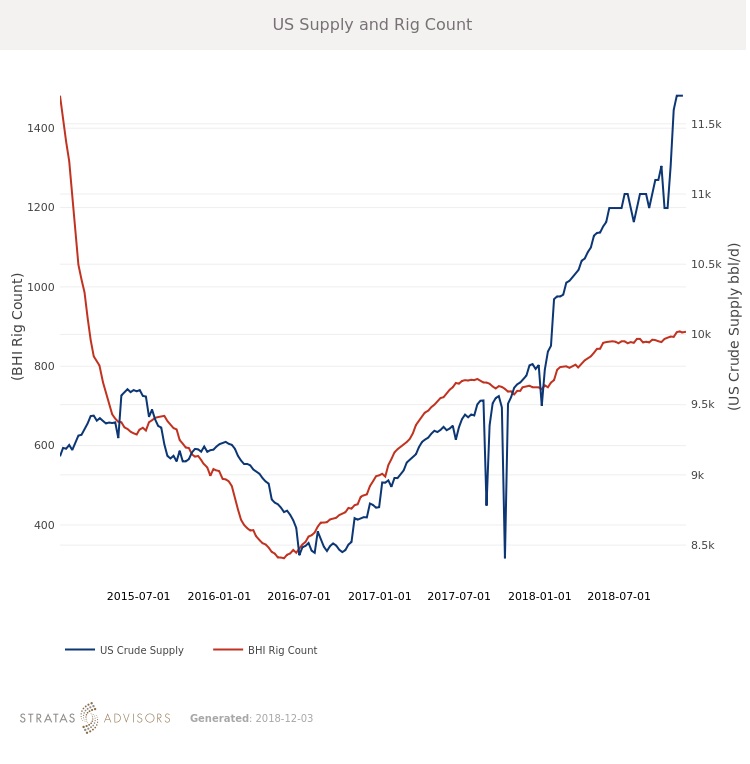 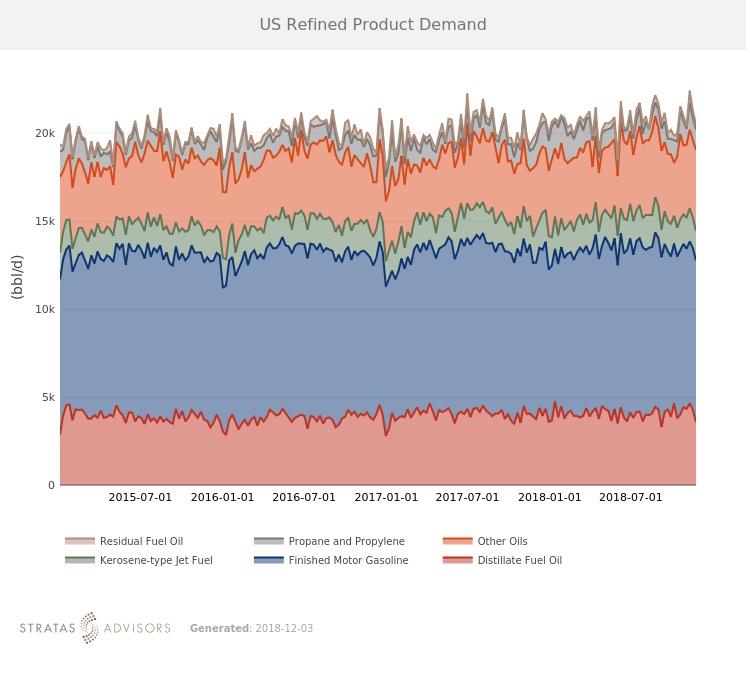 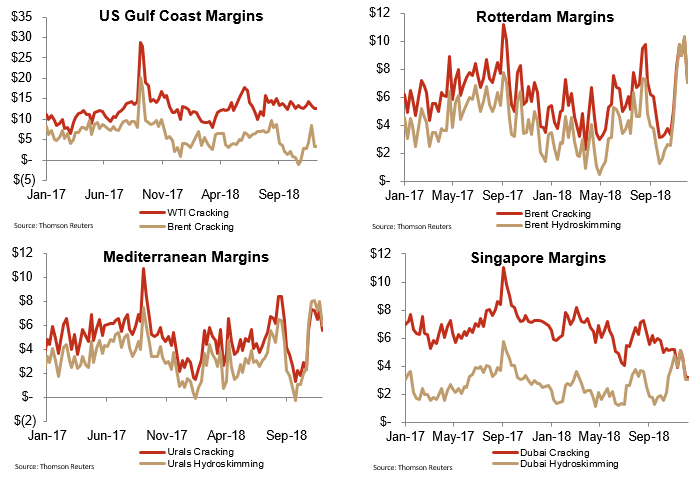 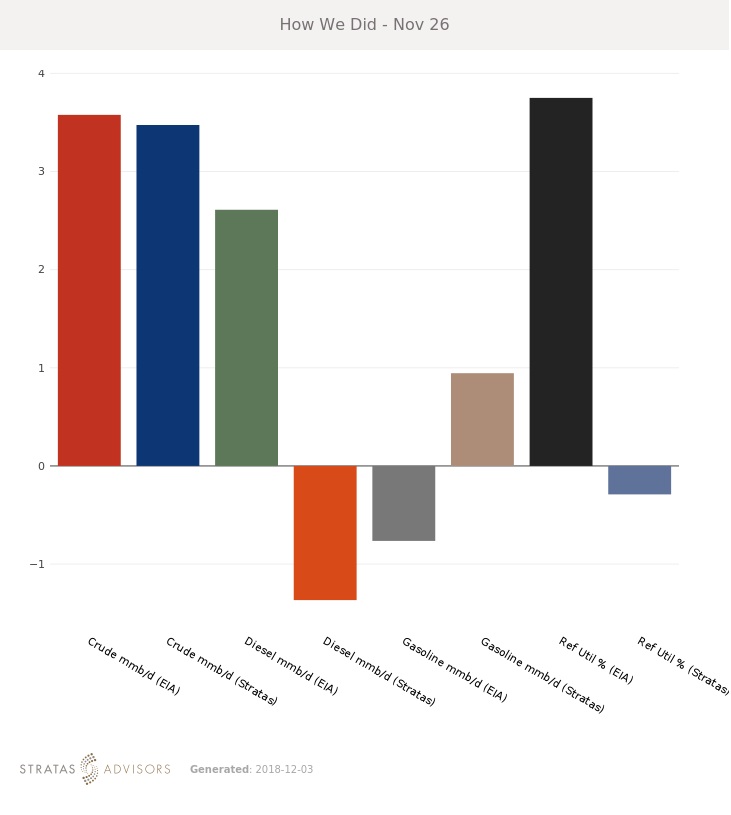