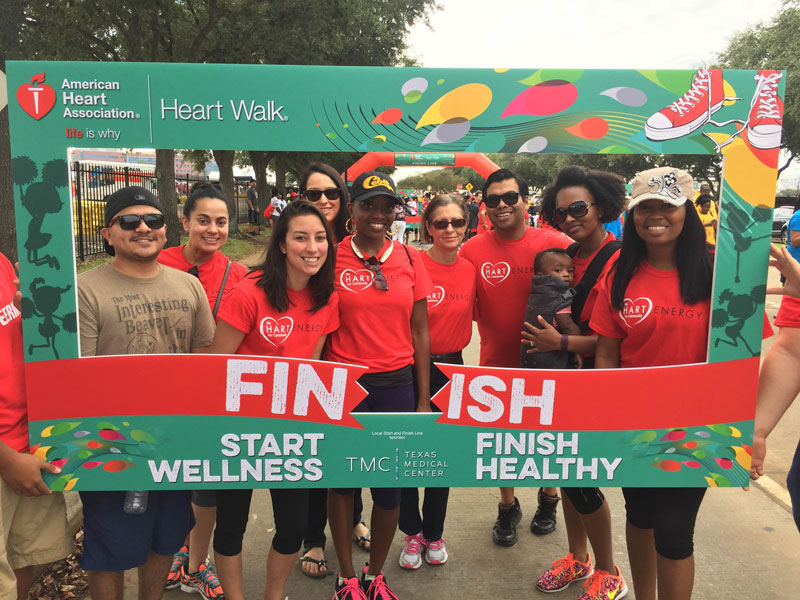 Hart Energy recognizes the value of giving back to the community.

Many staff members volunteer their time to various causes throughout the year; and as a company, we contribute our time, talent and resources to supporting the following organizations.

The Sam Houston Area Council, Boy Scouts of America elected Rich Eichler as its Chairman of the Board, just as Scouting enters its second century of service in the Houston area. Eicher, Hart Energy's Vice Chairman and CEO, also leads one of the country's largest and fastest growing Scouting councils. As the Council's chairman, Eichler is serving a two-year term presiding over a 34-member Executive Committee and ~150 member Board.

Nearly 50,000 youth participate in the Council's activities and roughly 20,000 volunteer adult leaders are involved in delivering Scouting programs throughout the greater Houston region.

In 2014, Eichler served as vice chairman of the Council's centennial activities, which produced more than 100,000 hours of community service work and raised $17+ million to jump-start its "Leaders of Tomorrow" campaign, an active fund-raising effort to create a permanent $40 million endowment.

Hart Energy is a proud supporter of the United States Armed Forces by donating to various charitable causes.

The 2014 DUG Bakken and Niobrara conference luncheon featured the makers of the blockbuster hit Lone Survivor. On behalf of energy industry supporters, Hart Energy presented Decorated Navy SEAL (retired) Marcus Lutrell with a $25,000 donation to the Lone Survivor Foundation, benefitting wounded service members and their families. The parents of Danny Dietz, a Navy SEAL killed during the mission portrayed in both the book and movie, also received a $25,000 donation to the Danny Dietz Memorial Fund and the Danny Dietz Leadership and Training Foundation.

Hart Energy has also donated to the Boot Campaign and is the lead sponsor of the Scott A. McIntosh Memorial Golf Tournament and Patriot's Dinner benefitting the Folds of Honor Foundation.